A bridge between Julia and the Web.

Python Docker API client based on asyncio and aiohttp

Events for Python and asyncio.

I think this probably happened after the refactor to move to a top-level src structure in https://github.com/nteract/commuter/pull/296

@MichaelX99 The Github workflow is to fork it and then PR. 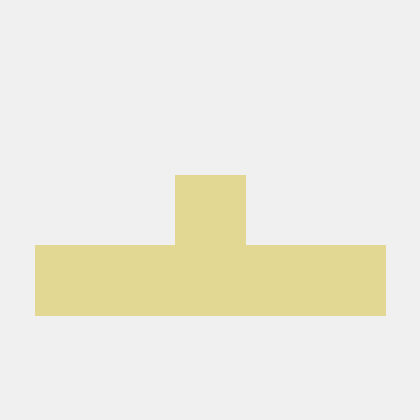 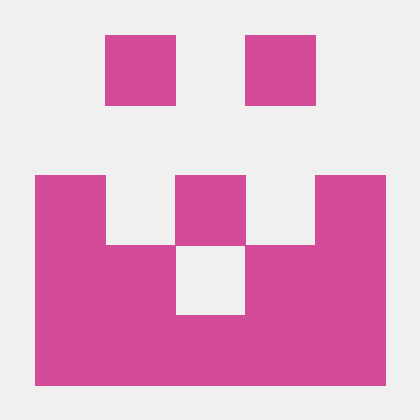 fork in a day

Hi @stevengj sorry I was unable to be around to help debug this. It's unfortunate that the solution ended up to be to disable support for AST transforms, that was a feature that was very interesting to me.

Let me know if there's anything I can do to try and help figure out how to have our cake and eat it too. 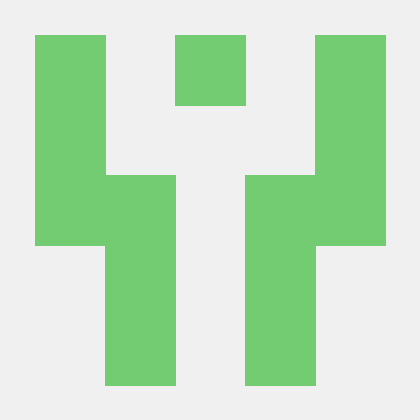 It would be better to have a plug-in architecture for completions (ideally in the underlying REPL.REPLCompletions stdlib), so that users can just put using FuzzyCompletions in their startup file and it will use it. 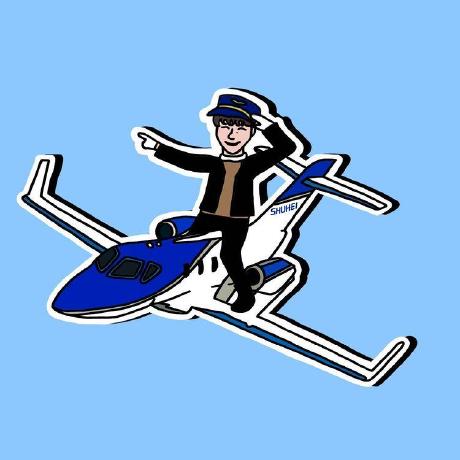 how to trouble shoot the problem

well, just as for FuzzyCompletions, it's really light weight and so I don't think this dependency could be any problem.

A place for Julia beginners to start

Leaving this comment here, as I am more than happy to help with this after finals week. 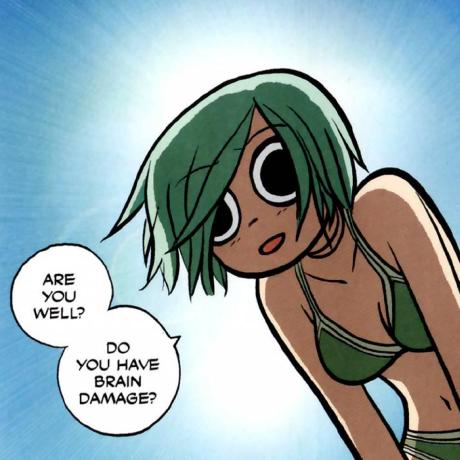 This PR provides uses to get fuzzy completions from IJulia kernel.

Fuzzy completions are useful in those frontends where some richer UIs to show candidates are available, and I think most of Jupyter frontends suit for that, e.g.:

Users can opt-in fuzzy completion mode by installkernel(...; fuzzy_completion_mode = true) and then FuzzyCompletions.jl will provide completions as a drop-in replacement of the REPL.REPLCompletions module.

There has been a suggestion to include functionality for a meds check reminder in the #mental-health channel.

The Americans and non-Americans on the server have requested functionality for Lovelace to convert imperial units to metric.

The current implementation of Lovelace manually adds the cogs and doesn't have functionality to unload/re-load cogs.

Functionality should be added to automatically add the relevant cogs and add functionality to unload/re-load the cogs.

This is related to #1

Currently, in the singular file that is Lovelace.py, all the cogs and extensions are included in the one file. This cogs should be moved out to separate files and be referenced appropriately.

A potential file structure implementation could look like the following:

Latex and Markdown in Widgets not working.

Latex and Markdown in Widgets not working properly. For example: 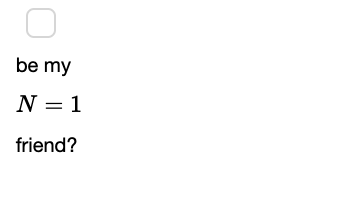 Somehow, they are not properly parsed! I have not found a workaround.

Mixing markdown and Interact.jl removes all html rendering. Here is my code

In Jupyter all looks perfectly! 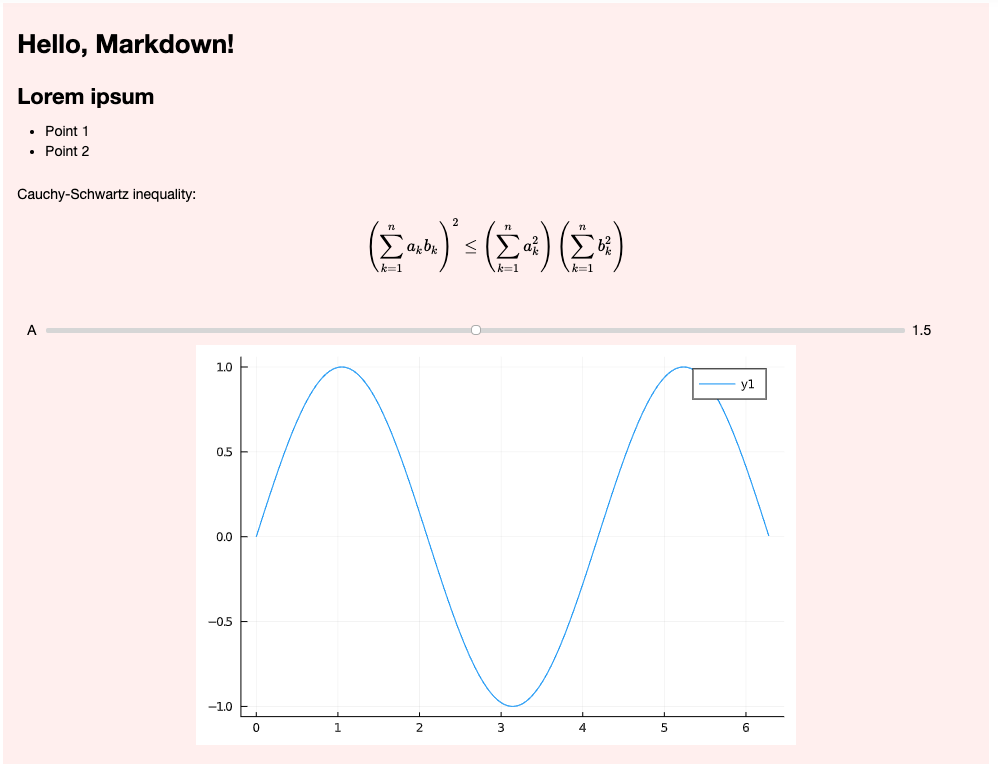 Without the interact.jl code (variable el), the Markdown is rendered nicely even using webio_serve(page("/", app), 8000) by when adding el=@manipulate... it all formatting is lost. 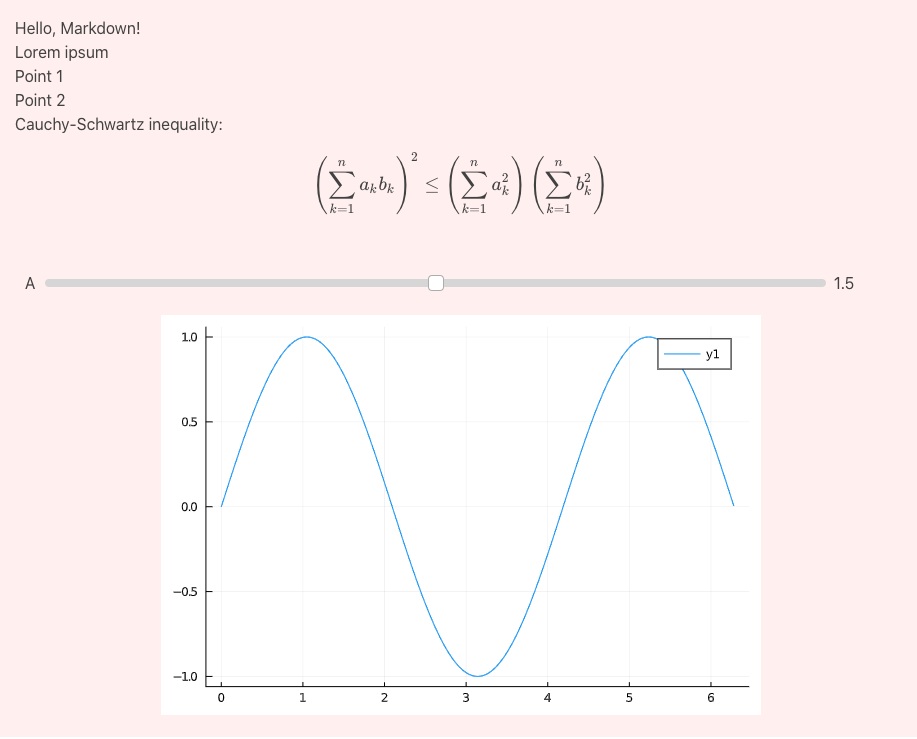 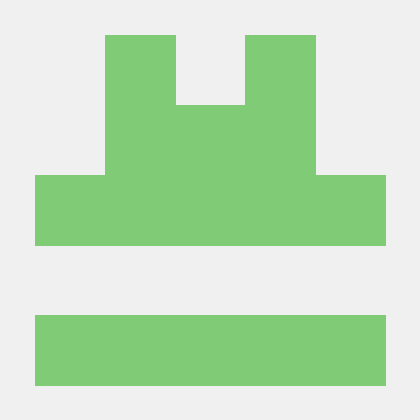 Add an examples on using an external CSS file with WebIO.jl

Please add an examples on using an external CSS file with WebIO.jl

Add an examples on using an external CSS file with WebIO.jl

It turns out that a simple settheme! solves...