tensorflow
If you are wondering where the data of this site comes from, please visit https://api.github.com/users/slorber/events. GitMemory does not store any data, but only uses NGINX to cache data for a period of time. The idea behind GitMemory is simply to give users a better reading experience.
Sébastien Lorber slorber Lambda Scale Paris https://sebastienlorber.com React early adopter, Docusaurus maintainer

Build forms in React, without the tears 😭

A ScrollView component that handles keyboard appearance and automatically scrolls to focused TextInput.

React component for a div with editable contents

React hooks for convenient react-navigation use

Debounce your API calls easily and stay in promised land.

This permits to wire interceptors on XHR requests and responses

Offer an imperative API on top of promise, with cancellation support

Rename all links to main

Just changed the branch and triggered a build

On holiday so won't be too available to check it worked, but it should.

@slorber https://github.com/slorber it seems netlify deploys aren't triggered (at least https://app.netlify.com/sites/jestjs/deploys don't have the latest commit) - is there some place in an admin panel we need to change master -> main?

— You are receiving this because you were mentioned. Reply to this email directly, view it on GitHub https://github.com/facebook/jest/pull/11856#issuecomment-915811126, or unsubscribe https://github.com/notifications/unsubscribe-auth/AAFW6PR6PJNHAVUTVWBHFNDUBBKDZANCNFSM5DVPLLHA . 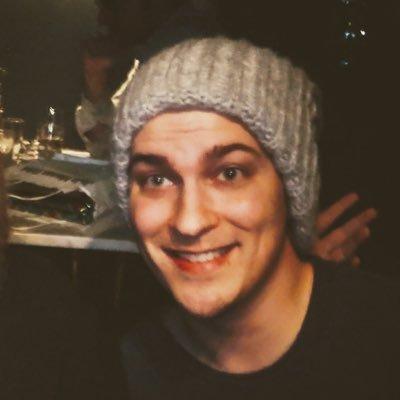 You can use the i18n support tu customize all English labels, I don't think it's worth it to add an option for each individual label

Definitely worth improving on. Also, if we add this in options, we will transfer the translation to plugin-blog instead, and we can start to populate the options.json file😉

— You are receiving this because you modified the open/close state. Reply to this email directly, view it on GitHub https://github.com/facebook/docusaurus/pull/5428#issuecomment-912982007, or unsubscribe https://github.com/notifications/unsubscribe-auth/AAFW6PWY2XLZFF2LUWDWKGTUAITCXANCNFSM5C3YWNXQ . 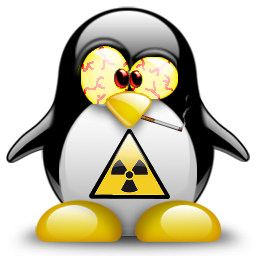 Add some useful doc for v1 sites that upgraded and using Netlify, as it affected some FB Docusaurus sites

Add some useful doc for v1 sites that upgraded and using Netlify, as it affected some FB Docusaurus sites

polish: prevent pop navigation on back if navbar sidebar is open (#5485)

Seems like people think it's better to prevent the navigation https://twitter.com/sebastienlorber/status/1433424873955610639

Have you read the Contributing Guidelines on pull requests?

polish: prevent pop navigation on back if navbar sidebar is open

I'm on holiday soon so can't investigate much, but the Docusaurus site is able to render json properly:

The JSON code is clearly highlighted as JSON (SSR I reckon) but the client-side instance of Prism doesn't have JSON.

We have a webpack config to optimize the loading of Prism packages and reduce bundle size (if I remember correctly):

Same with the Copy to clipboard plugin. That JSON code block clearly has a Copy button but your client-side Prism instance doesn't have that plugin loaded.

We don't use a copy to clipboard plugin, it's code from Docusaurus

I know we have a quite unusual setup (that I didn't work on much) and Prism is likely not the problem here.

I don't think Docusaurus either because we render json correctly, as well as many other doc sites (it's not like json is not a popular language...)

@ArthurFlageul I already mentioned this is not valid JSON: 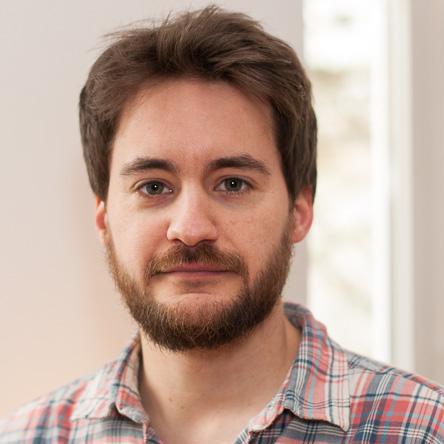 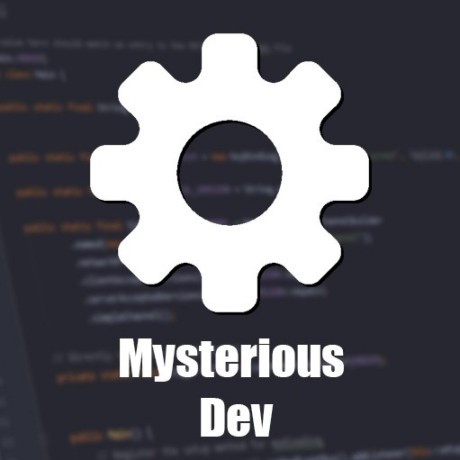 This is an init template that you can customize, the goal of Docusaurus is not to provide you with a perfect landing page and in the end you must customize it to your own needs.

If you need 4 items, you may as well use a 2 items per row grid instead of centering?

And you can already add classNames to offset that element to the center if you want to.

I don't think we should do anything. If you still think we do, please open a PR with an implementation proposal.

polish: prevent pop navigation on back if navbar sidebar is open tag: polish

Seems like people think it's better to prevent the navigation https://twitter.com/sebastienlorber/status/1433424873955610639

Have you read the Contributing Guidelines on pull requests?

examples and starters should be updated

! PLEASE HELP US HELP YOU !

Bugs are fixed faster if you include:

Pro tip: create a reproducible demo of the bug with https://new.docusaurus.io

<!-- IMPORTANT: Please check the following items before creating a issue. Mark the checkbox by putting an X between the bracket. This way we know you've done these steps first. -->

Hey Docusaurus team, I'm running into an odd issue starting in 2.0.0-beta.5 (still present on 2.0.0-beta.6) where some CSS that I generate in JSX components is not rendered properly when you link directly to a built docs page, but it does show up fine when running in docusaurus start or if you click out of the page with messed up CSS, and then back into it.

Here's an illustration: if you open this page directly you'll see some cards with no CSS applied to them https://613103da4ac20ffdfd0d68c8--happy-curie-b91cab.netlify.app/docs/changelog , but if you click into another docs page and then back to the "Illustrate Issue" page on the sidebar, the CSS renders fine.

Have you read the [Contributing Guidelines on issues]

Correctly rendered CSS on page load when linked directly to a docs page.

If you link directly to https://613103da4ac20ffdfd0d68c8--happy-curie-b91cab.netlify.app/docs/changelog you don't get properly rendered CSS. 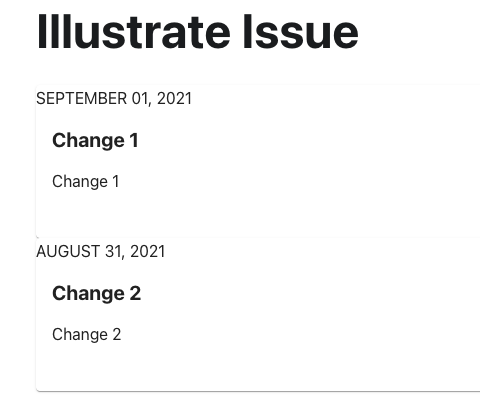 If you open another docs page and then click to the changelog page from the sidebar, CSS renders properly. 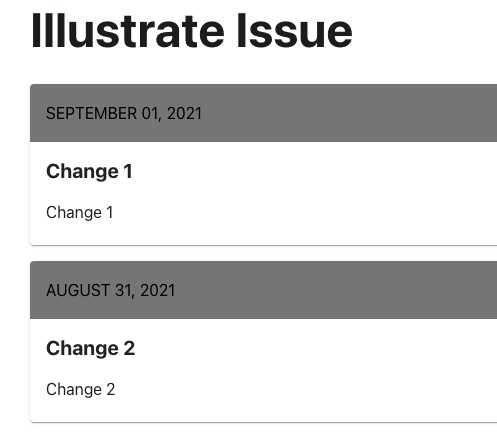 <!-- Include as many relevant details about the environment you experienced the bug in -->

Use https://new.docusaurus.io to create a CodeSandbox reproducible demo of the bug.

Unfortuantely this bug only appears if you build your project, and doesn't occur in the sandbox.

Example repo to illustrate the issue is at https://github.com/taylorreece/docusaurus-css-issue, though, and is split into two commits: the first commit is a clean initialization of a Docusaurus 2.0.0-beta.6 site using npx @docusaurus/init@latest init docusaurus-css-issue classic, and the second commit highlights the issue I'm seeing.

Thanks for your insight! 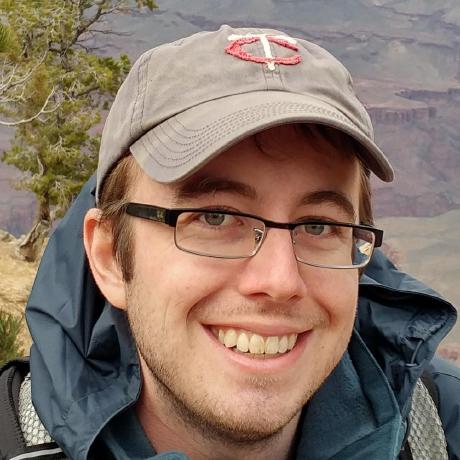 We recently did a change that may produce this behavior: https://github.com/facebook/docusaurus/pull/5349

Basically, Docusaurus used to render uselessly twice on the client, leading to more resource usage on React hydration. I suspect on the 2nd render, JSS was able to "fix" the lack of SSR support in Docusaurus but is not able anymore since we optimized re-renders, so the fix only applies once you navigate.

Yes, I think we can't do anything here apart adding good CSS-in-JS support in Docusaurus, so let's track the other issue.

A possible workaround if you want to keep using Mui with bad integration/FOUC is to trigger this duplicate re-render yourself (as it was before).

Here's an example, no guarantee it works though:

examples and starters should be updated