This repo will contain notes and mini projects in python

Course materials and handouts for #100DaysOfCode in Python course

This program basically allows the user to apply a single ANSYS CFD Post state/session file on multiple result files in a location, one after the other. The result file names in the chosen location are extracted automatically and the macro is applied to each res file in the parent location. It does not look inside sub folders.

List of Data Science Cheatsheets to rule the world

A port of ghostwriter theme to Hugo.

Updated base dockerfile to include libsodium

testing a workflow with path change

adding a path for the docker file

Setting the start from ubuntu 18.04

Testing asmith as the base

Cleaning up yamls and new tests

Testing a yaml file with rbase

Yes, the exec command is not straightforward from what I remember either. I believe it can execute a single command easily, but has trouble with arguments or something like that. IIRC : it may be better to exec a sh file which contains what you need. 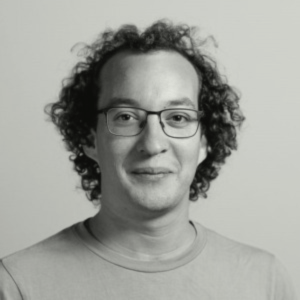 Always wanted to try. I've only used i3wm. Perhaps this may help as a guide though it is for Arch : https://wiki.archlinux.org/index.php/EXWM

Updated emacs config At this point several additional packages are working. Like pinboard, oddmuse-curl and ox-oddmuse

scimax-elfeed.el has the following snippet for setting the background colors of certain feeds. However, since there is apparently no easy solution to syncing the database across computers, I run this elfeed on a terminal on my VPS. (This has actually worked rather well). Therefore on that machine over ssh - I have to discard the Leuven theme and etc for efficiency and cursor visibility. At the moment these feeds are completely invisible due to the limited terminal colors.

I have tried defining the same snippet with "black", and killing all the elfeed buffers, however there has been no effect. I'm not sure why. Any advice would be appreciated.

Added a babel script for pulling and copying the website

Deleting the public folder as it is generated

Removing weights from past posts to set order

Basic framework of the fed rnd spending app plus more the dataset explorer has been studied and the shinydashboard version is running, but has to be improved further. It appears difficult to apply an EDA because each dataset is different.

Major revamp. Grouped app recreations into their own folder to distinguish these from the apps that I create on my own. This is necessary to reduce the clutter.

Updated rbase image and corresponding updates in other images

Removed the toc, adjusted links for badges The badges now link to the docker builds as well. The TOC is removed as it can be accessed on the Read the Docs version.

Adding the Maintainer label to the docker images

adds overview to the copying process of the test apps

Several updates to the documentation and minor error corrections Dockerfiles have minor modifications. The Readme has been significantly updated adding documentation to the various layers as well as status updates and general notes.

Updated configuration with test app for shiny With v2 of this configuraiton - shiny server works as expected and is able to serve up multiple apps listed in the directory specified. I am also able to clone app repositories into the directory directly.

reverting the change of index.html rename

Made progress with setup and shiny dashboard