A web tool to explore the ASTs generated by various parsers.

Mentioning on the FAQ page: 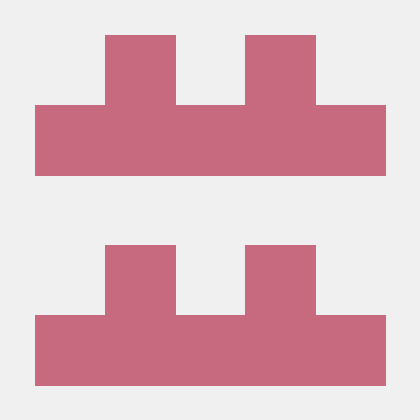 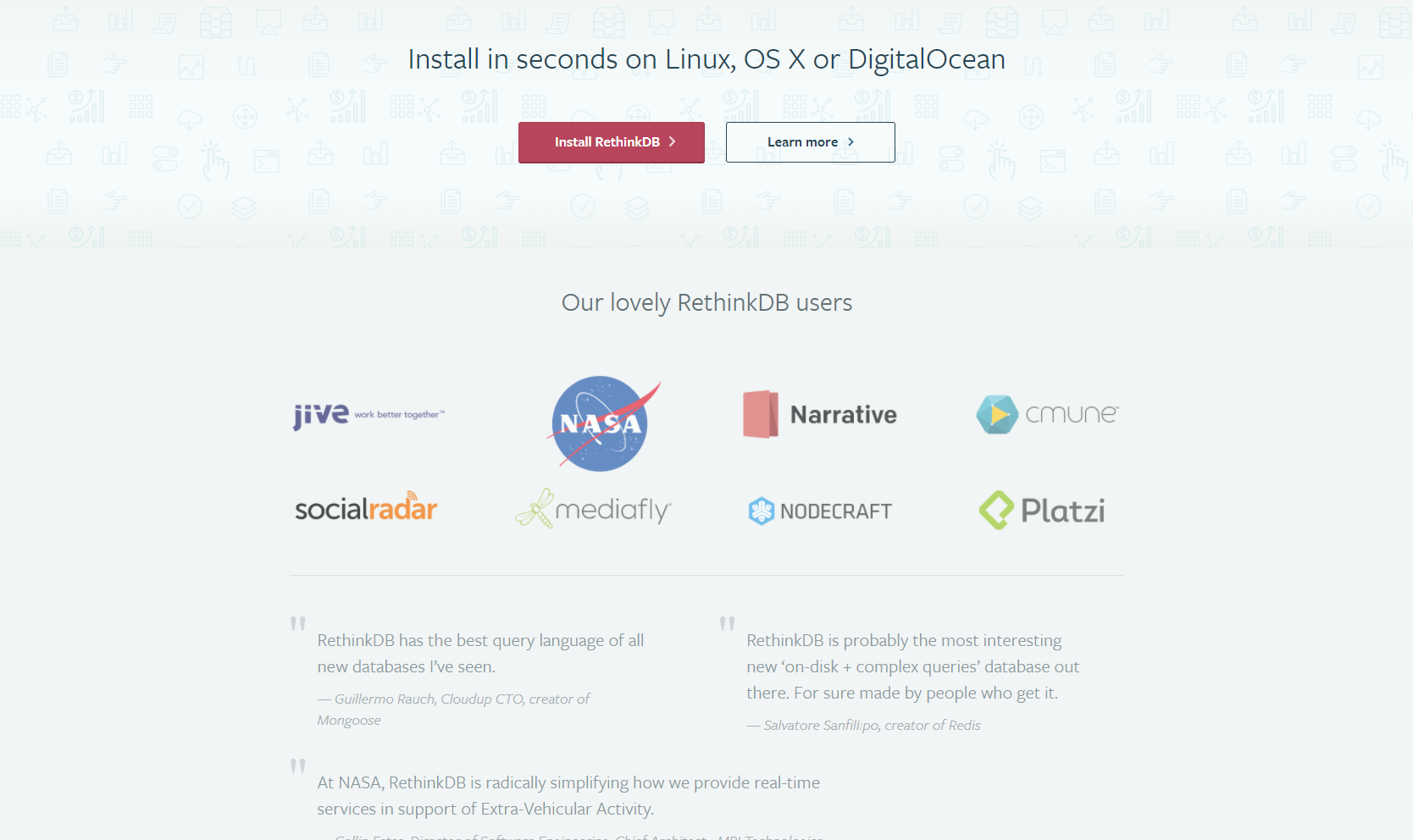 mediafly logo on the homepage

I don't see a logo for mediafly on the homepage, is it under some other name?

Regarding the FAQ page, this doesn't sound urgent to me. (I have a day job; I'll look at making an update later today.) The information is just out of date, and it's not defamatory or causing harm. It should be updated though.

Second, what brought our attention to this in the first place, is the founder making inappropriate posts on Twitter. The posts went viral and our company was tagged by a user letting us know that we're shown on the RethinkDB website (which the founder has linked in his Twitter bio on his profile). We don't support the founder's viewpoints and don't approve of our logo being represented on the site any longer.

I don't see what's so objectionable. He just suggests treating hot young girls the same way that startups treat people too stupid for office roles, i.e. born with genetics unsuitable for the situation. Seems basically the same thing to me. The only difference is you have no empathy for dumb people.

Whoever runs the website should please remove our company mention then. We'd like it removed firstly because we are listed in a way that is completely inaccurate. The FAQ page mentions how we apparently use RethinkDB and it is totally incorrect and the logo on the homepage is outdated (we've since rebranded). Second, what brought our attention to this in the first place, is the founder making inappropriate posts on Twitter. The posts went viral and our company was tagged by a user letting us know that we're shown on the RethinkDB website (which the founder has linked in his Twitter bio on his profile). We don't support the founder's viewpoints and don't approve of our logo being represented on the site any longer.

Thank you for your help in this matter.

@msstyu https://github.com/msstyu The RethinkDB project is not exactly a company. May I kindly ask why you would like the mention to be removed? Are you no longer using RethinkDB?

@msstyu The RethinkDB project is not exactly a company. May I kindly ask why you would like the mention to be removed? Are you no longer using RethinkDB?

Please remove all mentions of Mediafly from your website. We found our logo on your homepage and also our name mentioned on your FAQ page inaccurately portraying how we use your service.

Hello, please remove all mentions of Mediafly and the logo from your website. The logo is on your homepage and Mediafly is also mentioned on your FAQ page inaccurately. Please contact me regarding this issue, I have not been able to find any other contact information for this company. Thanks!

This PR contains the work of using resource_proofing to challenge the joining node so that any joined node can now be considered as an adult immediately. 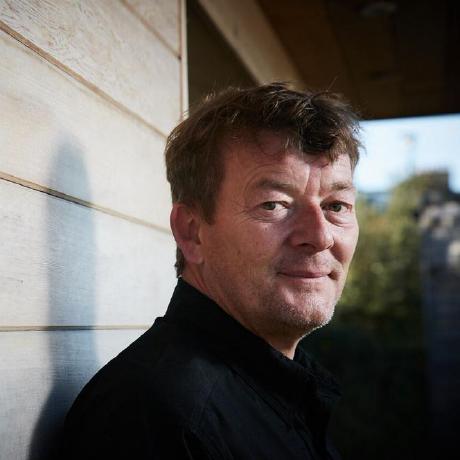 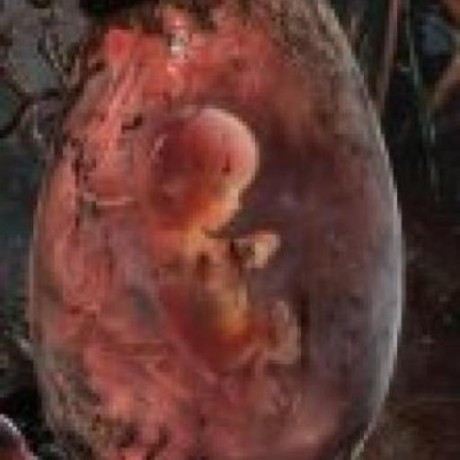 Hi, thanks for mentioning Polyhorn! Indeed, it's not yet finished. The iOS implementation is relatively comprehensive in terms of rendering (see examples), but not yet in terms of events (e.g. click events don't yet have coordinates, etc.).

On iOS, a Polyhorn app in Rust initially compiles to a single static library that mounts a user-given component onto an UIView, UIWindow or UIApplication (the default), etc. By using the polyhorn-cli, applications are then wrapped into a .app or .apk (along with icons, etc.). Therefore, by default it takes over responsibility of the entire UIApplication (which is the most common use case), but it should be possible to use Polyhorn only for a single UIView too.

One thing to keep in mind is that Polyhorn mostly runs on its own thread to render virtual representations of the UI and only commits them on the main thread after it has completely finished. As such, there are a few platform-specific tricks to integrate message passing between the UI thread and the "worker" thread (libdispatch on iOS, Looper on Android) and to ensure that UI objects only get allocated and deallocated on the UI thread (with the exception of UIImage and Bitmap).

These (and many other) aspects are very similar to React and React Native.

But indeed, it's not yet ready for production use. And I want to wait until the Android implementation is more complete before sharing it on Reddit and users.rust-lang.org, since cross-platform support is one of the main USPs with respect to e.g. SwiftUI.

I also couldn't quite tell where the design was going with the central Manager. But I have to admit I didn't work with React since the introduction of hooks.

Hooks are really nice in React (despite my general distaste for JS):

The problem is: React's hooks use globals and this only works because JS is single-threaded. I don't like globals, so instead I pass a "manager" to each render function. In JS, that would be equivalent to doing this:

Equivalently, in Polyhorn, this would be:

The reason for using manager.bind(closure) is to ensure that the closure is only called when the component is still alive. The ground rule is: if you can acquire a link to a component, any operation on that link will always succeed, guaranteed. (Manager also implements Link.) As to why this is useful, try doing this in React:

This will result in a runtime exception in JS, whereas in Rust you will not even be able to compile code without a valid Link. 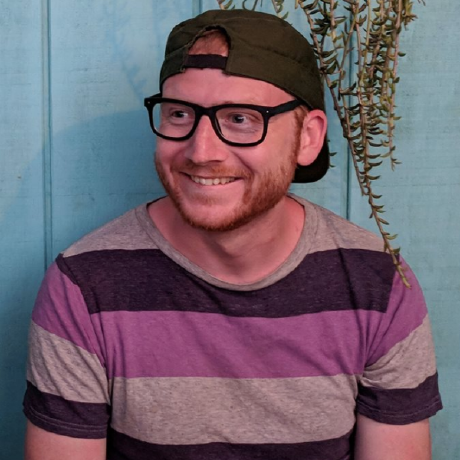 Just want to make sure you've seen Polyhorn. Might find some inspiration there!

I came across its slick-looking marketing site It looks promising, but it seems to be a fairly young project (first commit October 10th) with currently only a single contributor (@cutsoy). I also couldn't find any reddit, users.rust-lang.org, etc posts about it, although that could just mean it's not ready for primetime yet. I noticed the spectrum chat link, but that's yet another chat service, that I wasn't interesting in adding to the growing list quite yet.

From what I can tell it would be more of an alternative to iced, rather than a library that could be used with iced. Although modular, it's currently not implemented in a way that would allow code reuse in another context. Even though there seem to be parts that would be really useful for the larger cross-platform-gui community, such as polyhorn-ios-sys and the pieces of polyhorn-ios under raw.

Your founder is a clown

thanks a lot @srh removed my text regarding arango . 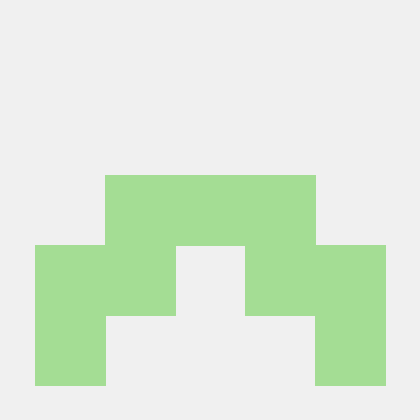 Discord is much more active than Slack. 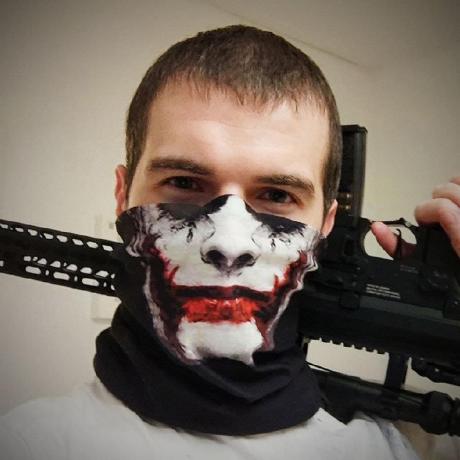 There is also another issue I realized yesterday, although it's not as serious. Say we start DKG with the participants A, B, C, D, E. Then some time later, but before the first DKG completes, we start another DKG with A, B, C, F, G. Then D and E will still think they are on the first DKG and will keep trying to progress it, fail, restart and so on, basically forever.

OK, I'll try to think about how to resolve this. Will probably have to revert part of this PR.

ok. so the returned elders_info within the Error is the same one of the input. got it.

I am concerned this may cause a deadlock, say some is always at version n, meanwhile some alwasy at version n+1, and they keeps growing with the diff of 1 always exists.

then, yes, this links my other question: will the signers to be verified ? if not, then anyone can carry out this now.

I should probably add a comment to this function explaining this.

yes. will be good to do so