tensorflow
If you are wondering where the data of this site comes from, please visit https://api.github.com/users/rrooij/events. GitMemory does not store any data, but only uses NGINX to cache data for a period of time. The idea behind GitMemory is simply to give users a better reading experience.
Robin de Rooij rrooij

The libmpv based media player

It looks like the appimage attempts to build the prolog module using make.sh, a script that has been removed long ago. The proper way to build now is make. If we wish to continue supporting AppImage, someone will have to fix this.

@rrooij do you know more? 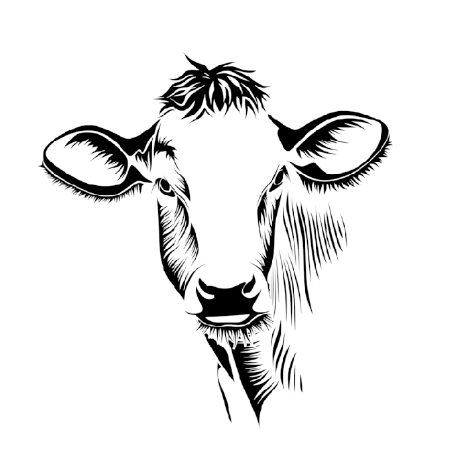 The AppImage build was fixed some time ago, but we decided to stop supporting it.

If I don't provide the HTTP header Content-type: application/json when I create a database (e.g. /api/db/admin/database-name), I get the unhelpful error:

I would expect an error about a missing or incorrect Content-Type, since that seems to be the first check that should be done. 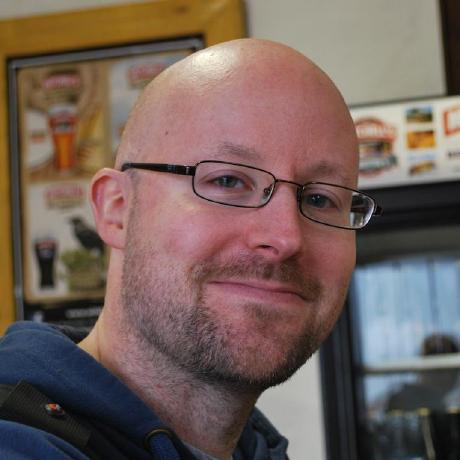 It now displays a proper error:

Or when I make something up:

Describe the bug I'm on macOS 10.15.7 and was going to check out terminusdb, and installed it by downloading .dmg and moving the executable into /Applications. I then wanted to work with the cli tool, but can't find any reference to how to install it / where it is if it is in my current installation. The README points to https://github.com/terminusdb/terminusdb/blob/master/docs/CLI.md but it is not mentioned how i get the terminusdb executable in the first place.

Seems like the code is in src/cli/main.pl, but my only attempt perl main.pl didn't work, so gave up :D

Expected behavior At least some documentation on how to get the cli, or the app automatically symlink it or something. 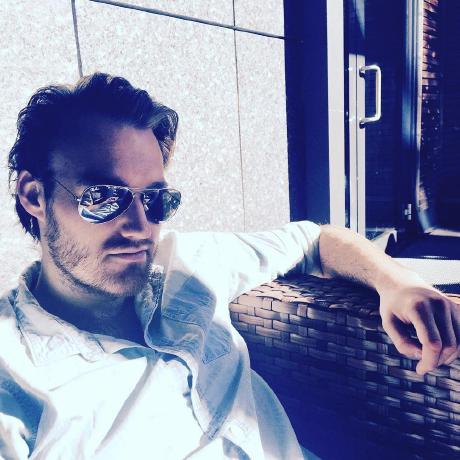 We decided to drop the Mac OS .dmg. You can still compile it yourself on Mac OS although we officially don't support it.

Allow serving HTTP(S) under a URL prefix other than /

TERMINUSDB_URL_PREFIX (and CLI switches, I guess) existed, could be set to something other than /, and the console worked when hosted on a different URL base (e.g. inside another application).

Over on https://github.com/terminusdb/terminusdb-tutorials/pull/31 I've got a brutal, but working, build which starts up an interactive jupyter server with the ability to start the terminusdb server. It mostly works for kernel usage.

However, on Binder, only one port is exposed per session, but we can use a proxy to get other ports exposed, the final URL ends up looking like: 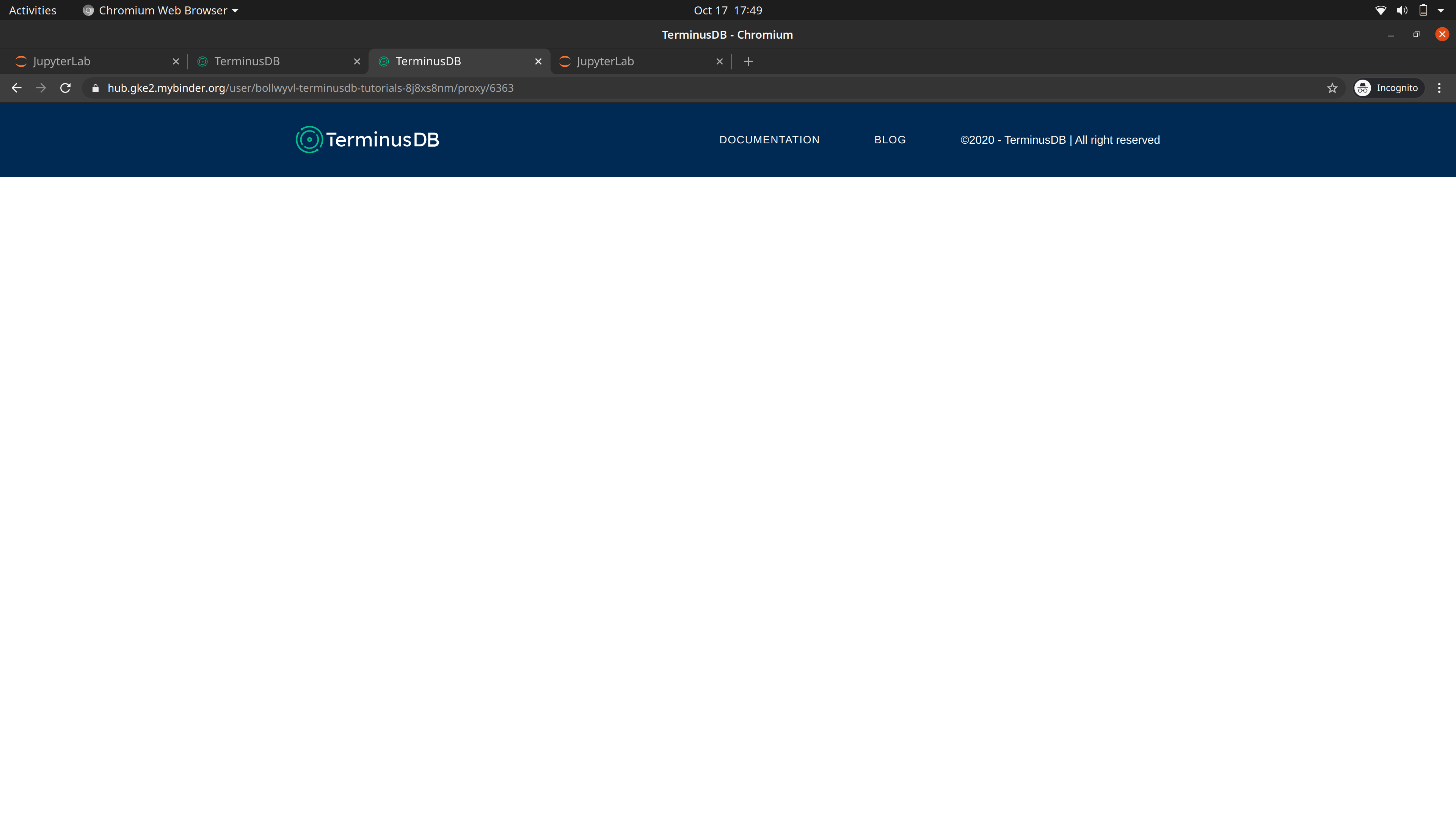 The console doesn't show any warnings... but is grabbing things from all over the internet... a separate issue, to be sure...

There aren't a lot: I've been through this with a bunch of different tools, and it's just generally hard to compose things if every app expects to be installed on /. Trying to rewrite URLs on the fly in the proxy is basically insane, the brave new SPA era.

Thanks for terminusdb! Looking forward to exploring it more! 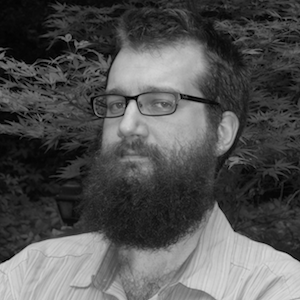 Allow serving HTTP(S) under a URL prefix other than /

We chose to let people use a reverse proxy instead. If you are still having trouble, please re-open the issue.

TERMINUSDB_CONSOLE_BASE_URL should not be hardcoded in different branches

We currently have different console versions based on the Git branch. This makes sense, as terminusdb-console is an important part of TerminusDB. However, the way it is currently done is a bit dirty. We hardcode the default URL on the different branches. For instance, dev has a different default base_url in terminus_config.pl than canary. This leads to potential merge conflicts and makes it harder to compare differences between different branches.

Instead, we should set it at build-time somehow. 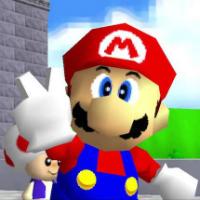 TERMINUSDB_CONSOLE_BASE_URL should not be hardcoded in different branches

We got rid of the CONSOLE_BASE_URL and will introduce a better measure when we re-introduce a console/dashboard.

benchmark: only run one job at a time

If we want reliable benchmarks, multiple benchmarks shouldn't be run at the same time because this would lead to degraded performance on these benchmarks. <!-- Thanks for taking the time to contribute!

Is this your first pull request? If you don't mind, please read this first.

ci: push docker latest tag when a version is pushed

We used GitHub Actions to run those benchmarks but it provided unreliable results. Therefore it is better to clean it up now.

Thanks a lot for your review Sean! I added your suggestions.

ci: use $HOME env variable instead of whole path

ci: only run benchmarks when terminusdb is the owner This prevents people that fork our repo from unexpected failures

Instead of running it entirely within Github Actions, we are now running this on a VM somewhere to provide somewhat stable results instead.

ci: add benchmarking with external machine Instead of running it entirely within Github Actions, we are now running this on a VM somewhere to provide somewhat stable results instead.

It was used to compile for the fedora binary, but we don't want to release it anymore.