An implementation of a google browserchannel server in node.js

A safe and convenient store for one value of each type

A curated list of awesome Rust code and resources.

A fast, greedy algorithm for solving the popular game of dots.

My preference would be to not add one-off links like this. Ideally, every warning should (automatically) have some way to get more information. The issue is that it is not clear exactly what that should look like. Some options that were considered:

There is some history in #48041 and #48337 about trying to reduce the verbosity with --explain. I'm not sure how that would work with warnings, it would need some rewording. In some situations, there can be a lot of warnings, and I'd be concerned that it would spew out way too much text. 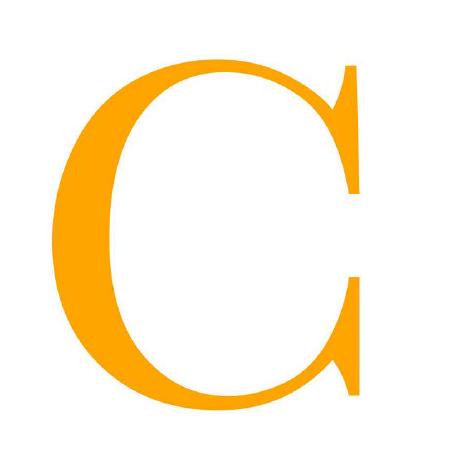 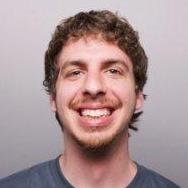 On Windows, the environment variable NUMBER_OF_PROCESSORS has special meaning. Unfortunately, you can get different answers, depending on whether you are enumerating all environment variables or querying a specific variable. This was causing the src/test/ui/env-vars.rs test to fail on machines with more than 64 processors when run on Windows. 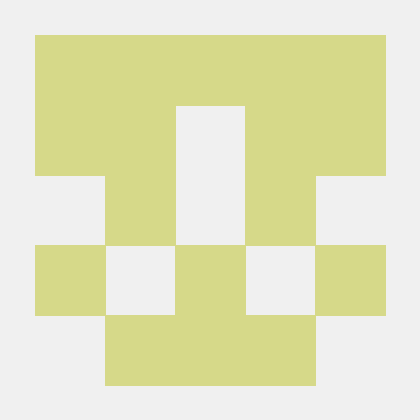 Fix src/test/ui/env-vars.rs on 128-core machines on Windows On Windows, the environment variable NUMBER_OF_PROCESSORS has special meaning. Unfortunately, you can get different answers, depending on whether you are enumerating all environment variables or querying a specific variable. This was causing the src/test/ui/env-vars.rs test to fail on machines with more than 64 processors when run on Windows.

Auto merge of #79685 - sivadeilra:fix_env_vars_win, r=davidtwco Fix src/test/ui/env-vars.rs on 128-core machines on Windows On Windows, the environment variable NUMBER_OF_PROCESSORS has special meaning. Unfortunately, you can get different answers, depending on whether you are enumerating all environment variables or querying a specific variable. This was causing the src/test/ui/env-vars.rs test to fail on machines with more than 64 processors when run on Windows. 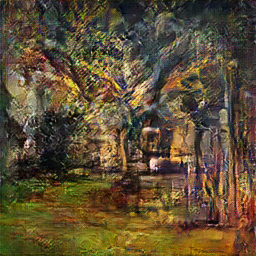 Thanks for taking a look at this. The second trim was a mistake in #79522. I would kinda prefer something like the following change:

The default overwrites the crate root, which crashes rustdoc-json.

While investigating this, It turns out somehow, some items are being documented twice. I'm not sure how this is happening but for now, we just make sure they were the same if they have the same id.

Bless script (Once this is more pollished I'll submit it)

This effectively renames the never-type ! to never, but should be fully backwards compatible. This is an idea I had and I just tried it out. It was surprisingly simple to implement. Example:

The never-type ! is an essential feature in Rust to make type inference in eg. match work:

Here x can be inferred to have the type u32, because the other two match arms have the type !, meaning that they never yield a value that would need to be stored in x. So in some sense, ! is a primitive type that marks control flow.

Currently though, you never need to write the !, besides the return type of a diverging function. This makes it an "niche" or "advanced" language feature. With the stabilization of the never-type this might change though.

The syntax of using the ! symbol is confusing though, when you first stumble on it as someone learning Rust. Any intuition for what the ! symbol might mean is misleading, since it's already used with macros, top-level attributes and doc comments in Rust. This is made worse by the fact that you can't even google it. The ! symbol is just filtered out of any search query, and I even get amusingly unrelated result like hotel bookings when searching for "Rust !".

To fix that I had the idea introduce a primitive type whose name is what we have been calling this feature since 2016: never. Actually, it is just a type alias pub type never = ! in core::primitive that is exported in the prelude. This should make it fully backwards compatible, since you can use never and ! interchangeably, and the new prelude export is shadowed if somebody made their own type called never.

I changed some return types of core and std functions, and some never-type tests to verify that this proof-of-concept works. To my own surprise, bootstrapping works and all UI tests pass. There was one weird interaction with a stability attribute and one case where I had to use the full path crate::primitive::never, indicating that there are issues in some corner cases, but I haven't investigated further.

The biggest downside is that existing stable Rust code should be migrated to never, since there shouldn't be two ways to express exactly the same. An edition migration would be a good fit: Warn on 2018 and below, error on 2021. But even if the change is straightforward and probably easy to implement in rustfix, the ecosystem impact should be carefully considered.

I'd argue it's a relatively small cost, but also only a small gain. Apparently the Syntax for diverging functions has always been low-priority, so it was overlooked in the rush to Rust 1.0, and again ignored in 2018. Even in the long discussion of the never type RFC the syntax was barely mentioned. Though it's said where it comes from ("Yes, it was a bottom type, that's what bot and the bang sign refer to (! is supposed to look like ⊥)") and it was decided to call the feature never.

Another issue is that it becomes bad practice to name a variable never. You can do it, just like you can name a variable u32 or char, but it will look ugly when syntax highlighters color it like the other primitives. This will impact existing code that uses never as a name. I guess it won't be a problem for types, other than someone defining their own enum never {} type.

Also, diagnostics would need changes. They mention ! in type errors when never is used.

First of all, I'm curious what other people think. Does this make sense? Is it to late to make such a change to the never-type? Is it worth the downsides?

If there is interest, should I write a more detailed proposal? 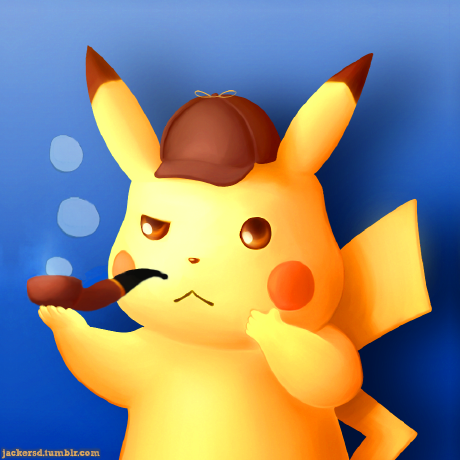 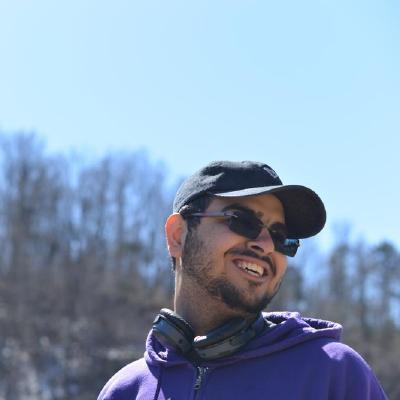 No, I think that will cause the same issue that this is trying to fix.

Do CDNs not obey cache-control headers in requests? That's what browsers normally use when the user Ctrl-F5s. 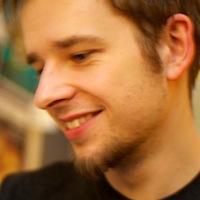 Yeah, it does seem weird. @ehuss: did you do this intentionally or was it a mistake?

Add support for `HAVING` clauses 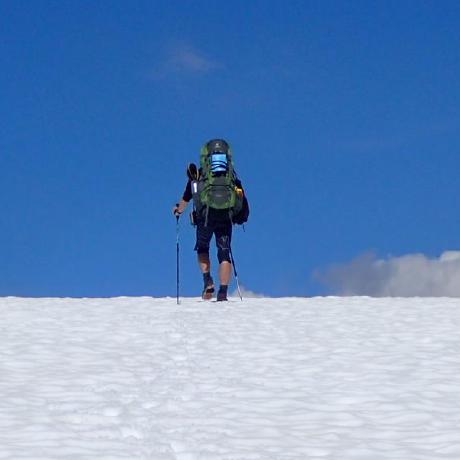 When it comes to protecting the origin server from being overwhelmed with requests from cache misses, there are two distinct scenarios:

For the case 1, use of timestamps rounded to a second limits the traffic to one cache bust per second per affected crate. The need for cache bust can arise only in rare circumstances and only for a limited time after the crate has been published, so it's basically just 1 request per second on average. It won't take down even most feeble servers. And even that can be further reduced to one extra upstream request in total by using parent crate's last-modified time, so that all clients will request the same URL deterministically, regardless of their clocks.

As for the case 2, I haven't seen any CDN that would try to fight it by not contacting the origin on cache misses. CDNs deal with attacks at earlier stages by identifying abnormal traffic patterns. Layer 7 attacks are relatively expensive for attackers, and easy to block by CDNs. Even if someone did try this, there are way better URLs to attack: search (requires a DB lookup, and you can't give a strict allowlist to the CDN) or POST requests to signup, etc. that a CDN always has to forward.

I don't think ///a should push an empty line.

So I discussed this a bit with @jyn514 on the side, we agree that the effect on the JSON backend isn't major since HTML is already a subset of markdown and docs use HTML already (especially for images and tables).

My position is as follows:

which makes my position "HTML or nothing", basically. I'm not wholly against unscoped single-line syntax. We NOTE: and EXAMPLE: syntax in W3C specs and you invariably need to add more stuff to it (there's an HTML class in these specs for this reason).

Furthermore, Rust has a strong culture of wrapping text, so this means we need WARNING: to work well while wrapped, and that means we're again introducing some form of scoping mechanism (e.g. indenting the text), which editors will have to learn, as well. 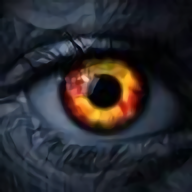 Ugh, x.py is rebuilding LLVM for some reason 😩

I'm not sure why this was triming the docs, but this is what was causing the lack of indentation.

It was removing all the indentation before.

Team member @scottmcm has proposed to merge this. The next step is review by the rest of the tagged team members:

Once a majority of reviewers approve (and at most 2 approvals are outstanding), this will enter its final comment period. If you spot a major issue that hasn't been raised at any point in this process, please speak up!

See this document for info about what commands tagged team members can give me. 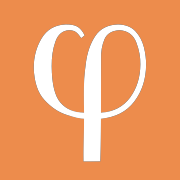 Thanks for the write-up, Ralf! I knew some of the various pieces here, but between this and its earlier MCP version still learned a bunch -- the details of how the checked operators are promoted was an interesting nuance, for example, and not something I'd seen documented elsewhere. It was great having it all in order to bring everything together.

Since it LGTM (and we asked you to write it), @rfcbot fcp merge

(This needs a test, so the PR is draft.)

Otherwise we may generate HTML like <em>hello<b> if the text after the <b> tag is too long. Now it should correctly generate <em>hello<b></b></em>. It's perhaps not "ideal" that we generate an empty <b> tag, but it's at least valid HTML.

It isn't a huge deal that we didn't close all the tags because the browser is probably smart enough to figure out where the tags should end, but it's still good to fix :) 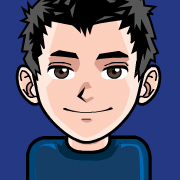 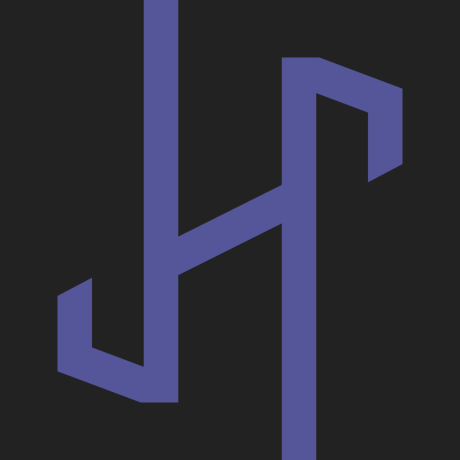 cc @ehuss since you're the only one who's touched lint-docs since September.