Just to confirm, is this the expected behaviour, or is the idea that it would overwrite the input field, instead of appending the pasted text to what's already there?

That's what I had in mind.

The extension doesn't know how many windows are open, so it will also poll in the 1 window case.

@sandy081 What determines whether a built-in extension appears when querying @builtin in the extensions viewlet? The "GitHub Authentication" extension shows up there but not "Microsoft Authentication"

@RMacfarlane In 1.45 it was possible to disable, this issue was introduced in 1.46.

There should be an option to paste text. Currently, pasting is only allowed when right-clicking the very narrow text input area.

The debug console should be more similar to the terminal, which allows for right-click pasting anywhere.

Does this issue occur when all extensions are disabled?: Yes/No

@RMacfarlane This is reproducible even with only 1 window open.

And there should be a way to disable it lest having to delete the authentication extension folder. In previous versions it was possible to disable the "Microsoft Authentication" extension so that the CPU usage would not be an issue.

Allow for views to be split horizontally 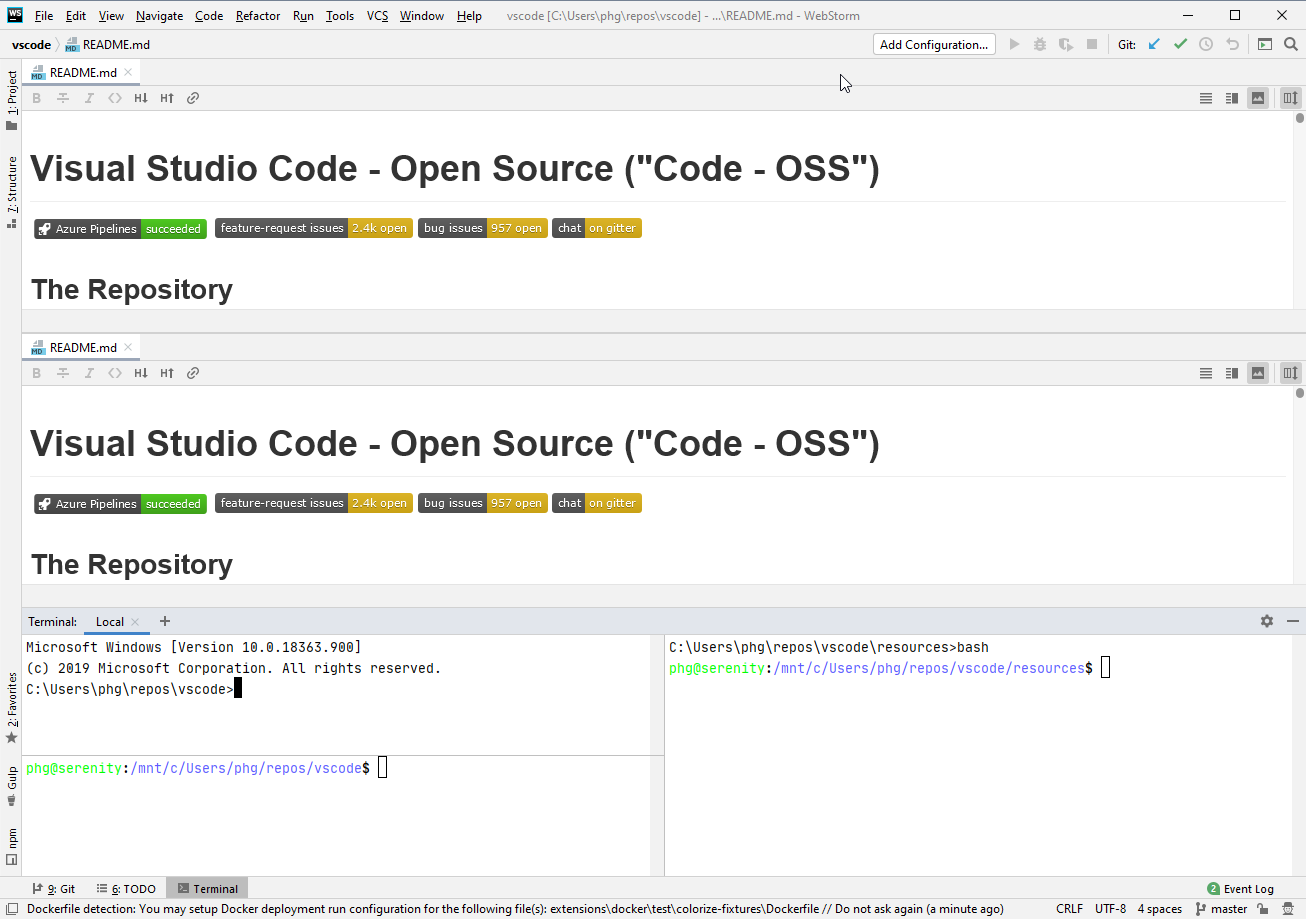 Allow for views to be split horizontally

VS Code should allow views to be split horizontally as well. 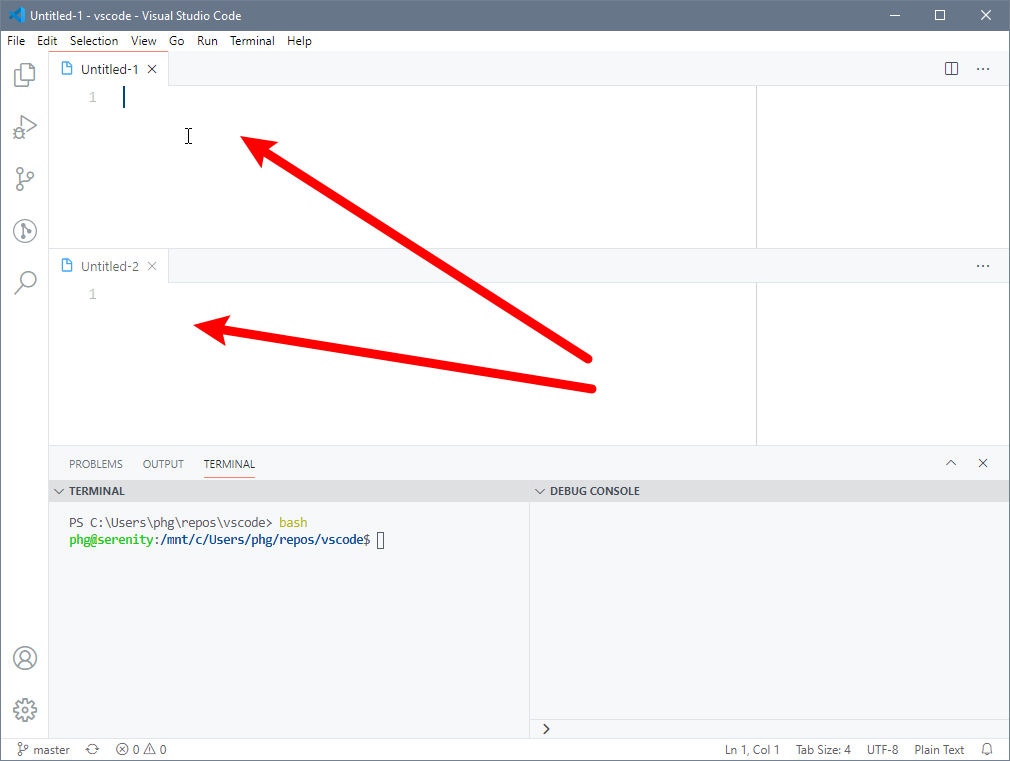 The only way to disable the microsoft account authentication feature is by downgrading to 1.45, or by manually deleting the microsoft-account folder located at %localappdata%\Programs\Microsoft VS Code\resources\app\extensions

Users should be able to disable the account authentication features. With 1.46, microsoft does not allow the Microsoft Account extension to be disabled.

There is also a useless and annoying Accounts icon showing in the sidebar. That icon also cannot be disabled.

This issue has not been address, and now with 1.46 I cannot disable the Microsoft Account extension.

Thanks! But the scoop version is outdated. How can I fix it?

Snipaste offers powerful yet easy-to-use snipping, pasting and image annotating functionalities. It is highly customizable to fit all your needs. 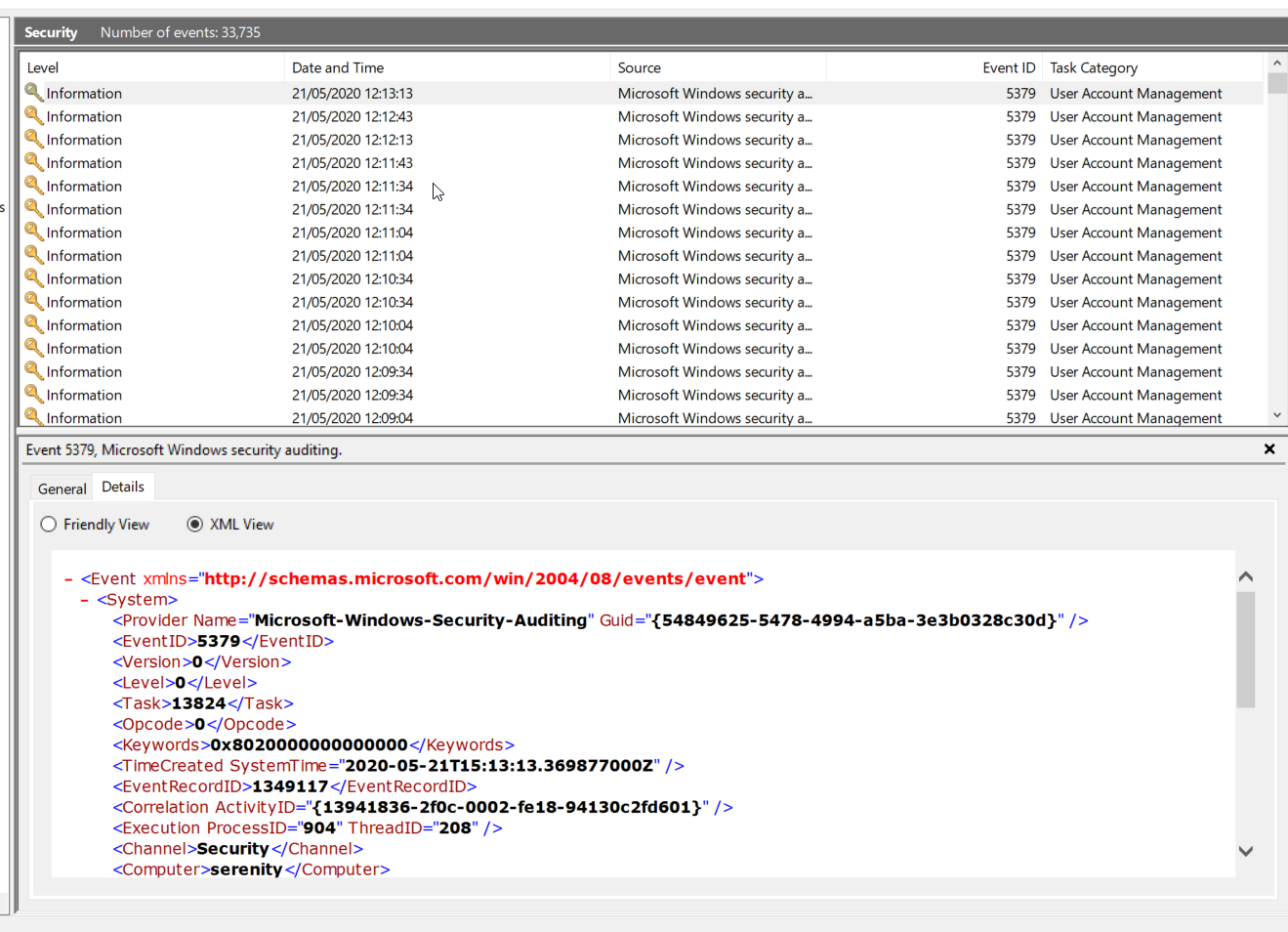 Looking at the logs for these events, it seems to be caused by vscode:

When I turned off the Microsoft Account and GitHub Authentication extensions, the problems seems to go away.

Is this expected behavior? It seems that vs code keeps polling the windows credential manager entries, and this causes an increase in cpu usage, and it also fills up the event viewer.

I have attached a log of one of the events:

The intent was always to make it removable, or even non-default, but v1 is shipping the way that it is shipping.

Can't speculate on intentions, only on facts and the fact is that this Terminal app is shipping with an Azure ad as default that can't be disabled, and it is disgusting.

Well, I can't really do anything about that other than to give feedback as I am doing, and avoiding Windows updates and eventually moving out of the Windows platform.

To be technically correct - the Terminal is a Win32 application that's using Xaml Islands to host UWP XAML content in it's window, and is (typically) run as a packaged application.

The lines between what constitutes a "UWP" and a "Win32" application are becoming more and more blurred every day, and the Terminal is a great example of a hybrid application that can utilize both technologies.

It looks and feels like a UWP app though. Maybe that's the problem.

Teams UI kind of sucks, office has gotten much worse in recent times - it used to be more compact, and windows terminal also sucks. I won't really comment on Spotify. But at least teams and Spotify both provide a zoom option that affects the entire UI. AFAIK both terminal and office do not provide that option.

@zadjii-msft Yes, #5911 is the issue. It would be interesting to have one setting to force the entire scaling as well. This is really important for me, and Windows Terminal, as all well as any other UWP app, can't be used without it.

I did not realise you were comparing scaled UI to 100% dpi UI.

Yes, but at 100% DPI everything else on windows is then too small. Currently, my choice is to break everything else, or to break UWP apps and run Chrome with the scaling flag.

That's why I avoid UWP apps. Is there a way to change the Terminal UI scaling only, without affecting the rest of the OS, or should I not use Windows Terminal instead?

I really don't think this issue should be closed.

And as a side note, for Microsoft Edge, making the UI smaller or giving users to option to change the scaling is in actually in discussion.

You chose not to compare the Titlebar with Google Chrome or Microsoft Edge, despite the tabs being in the titlebar...

I've attached a screenshot comparing Chrome on my machine with windows terminal.

I've also attached a comparison with windows explorer, chrome with the flag, and terminal.

and the Terminal needs to stand up a XAML stack

@zadjii-msft And it's not a dupe of #1375 insofar as that issue seems like a ignore dump of complaints about terminal. None of the issues mentions the titlebar height and scaling, and this is also not acknowledged in there as well.

to force the Terminal to use a standard windows titlebar.

Maybe we should frame this as a feature request for an AdBlocker for Windows Terminal?

I have installed in my machine:

I have not installed or configured, or used, or even knew it existed:

While it could be an interesting service if I had found out about it in another place, I really hate it because it feels like Microsoft inserted an Ad into my terminal.

I don't want ads on my terminal.

Windows Terminal should not have ads.

While Windows Terminal is fast compared with other tools like Visual Studio, or iTunes, it is still not fast enough for a Terminal application.

It takes too long to startup. It is not ready instantaneously. It's not as fast as windows console. 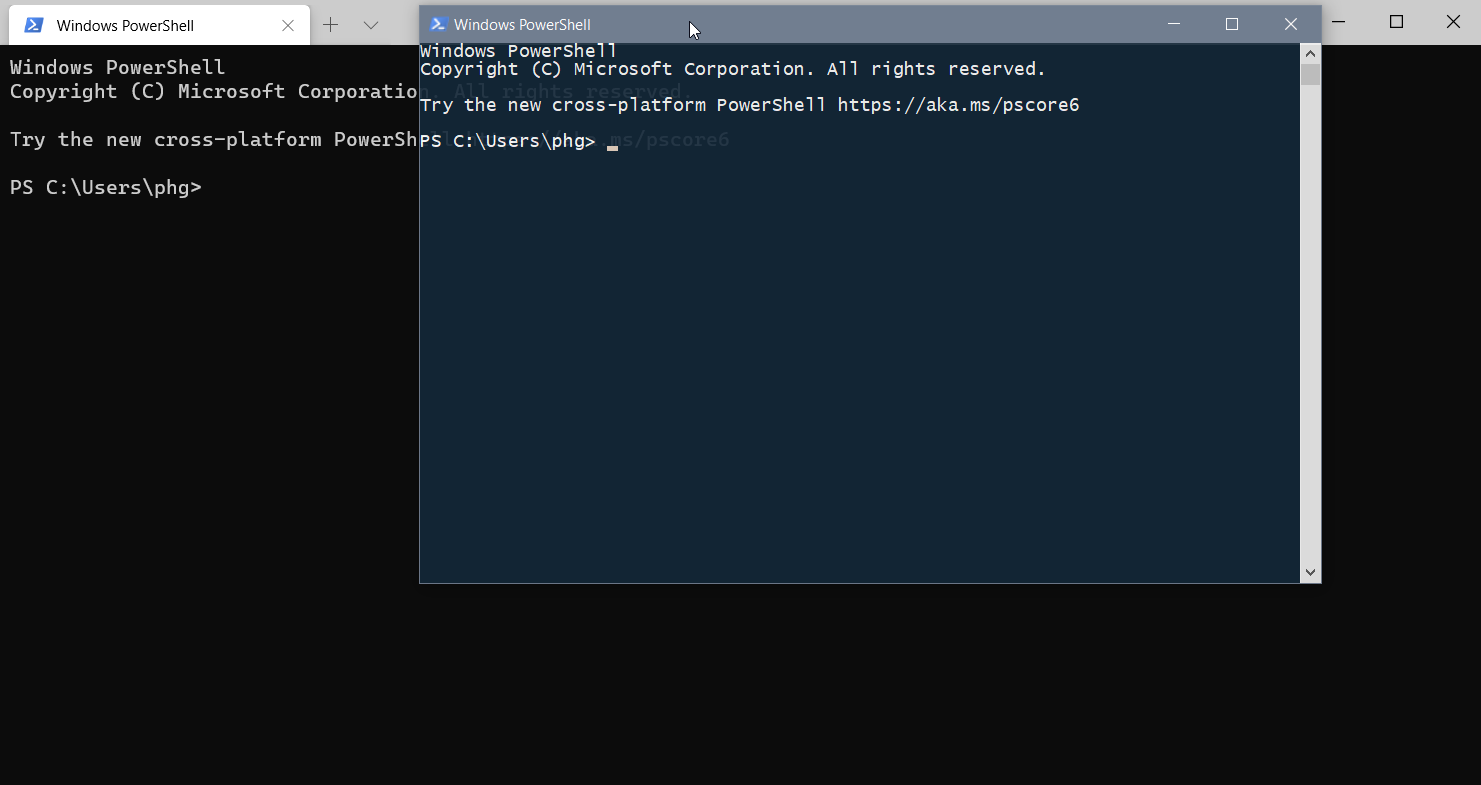 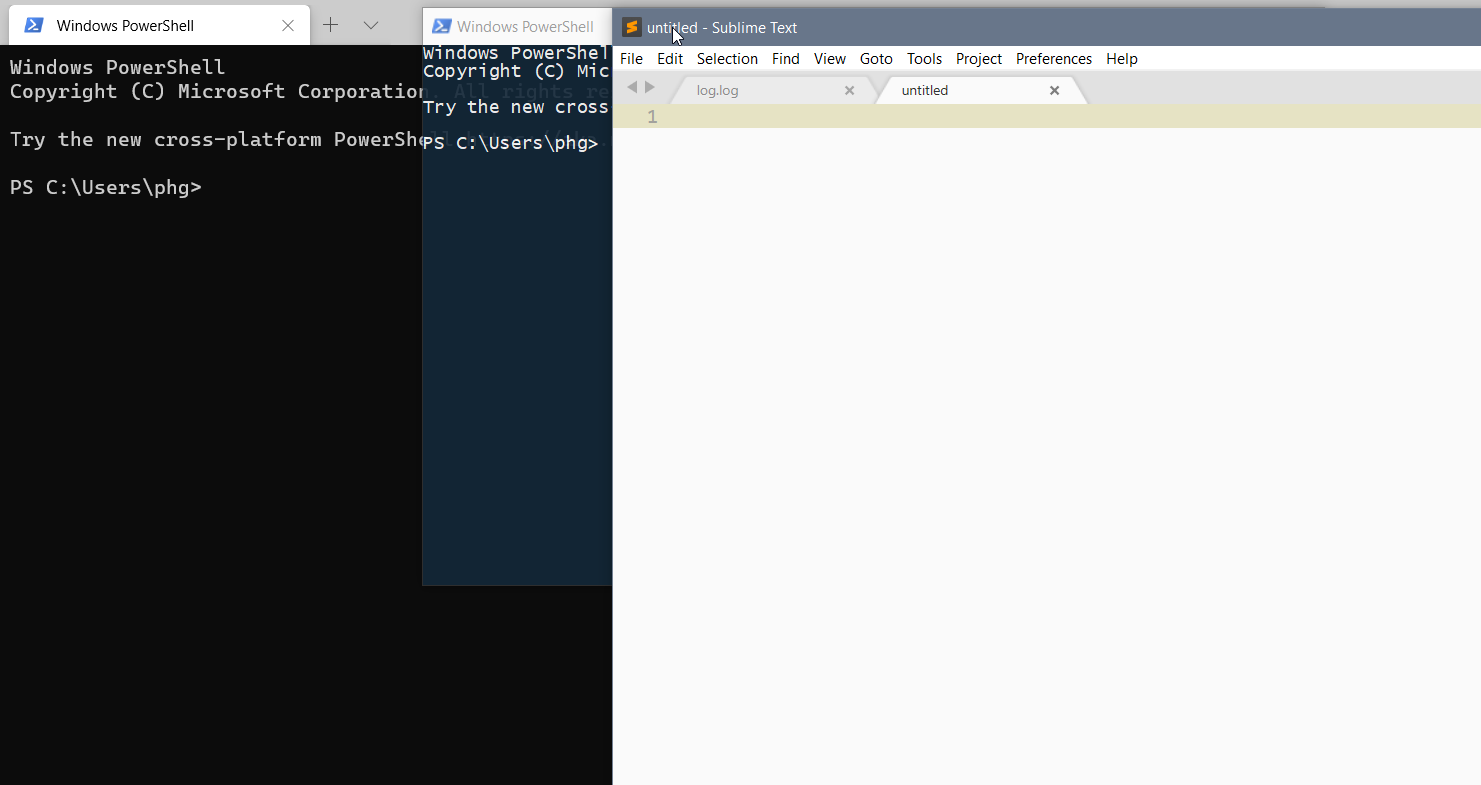 The Terminal titlebar size should be the same as that of other windows apps. Currently, Windows Terminal feels like a UWP app.

Windows Terminal titlebar size is too big and feels like a UWP app.

Resizing the window should be as smooth as resizing a windows console window.