tensorflow
If you are wondering where the data of this site comes from, please visit https://api.github.com/users/nutsiepully/events. GitMemory does not store any data, but only uses NGINX to cache data for a period of time. The idea behind GitMemory is simply to give users a better reading experience.
Pulkit Bhuwalka nutsiepully Google Mountain View, CA

An ATOM implementation in Java to broadcast and consume events.

A simple Atom-based protocol for broadcasting a feed of events.

A server that creates and publishes events using the ATOM protocol.

Configuration and setup for the OpenMRS EMR Reference Application

Merging was blocked by build file strict dependencies -- resubmitting with it fixed myself now, should be merged today.

Brill, thanks a lot, David. 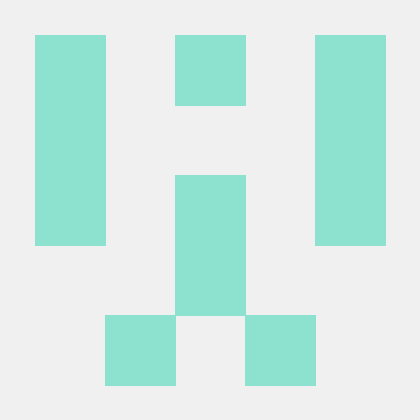 Describe the bug When I use the API "tfmot.quantization.keras.quantize_model", there is a bug.I guess that some layers in mobilenetV3 do not support quantization operations, such as the lamba layer. I wonder if you have encountered it?

I am using TensorFlow 2.5 with Python 3.6 I have pip-installed TF2.4 within an anaconda environment. 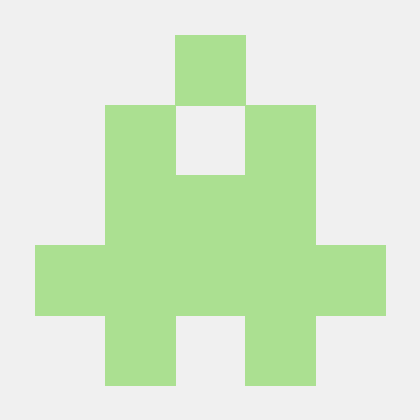 Merging was blocked by build file strict dependencies -- resubmitting with it fixed myself now, should be merged today.

— You are receiving this because you were mentioned. Reply to this email directly, view it on GitHub https://github.com/tensorflow/model-optimization/pull/699#issuecomment-859043957, or unsubscribe https://github.com/notifications/unsubscribe-auth/AASV4JJOCS5IS2OIGPIZV53TSEPIDANCNFSM433XELBA . 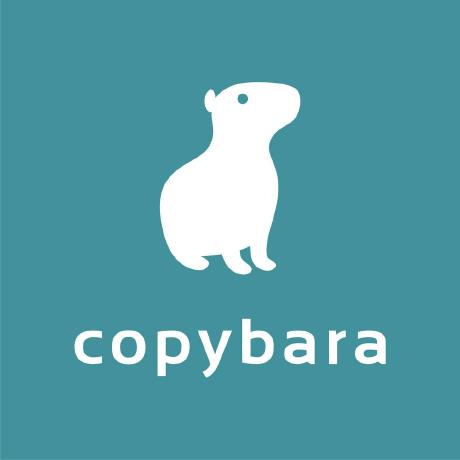 Hi, @daverim and @Xhark, could you please also let us know if there is anything we can do to help with the failed internal checks shown in this PR? @akarmi @wwwind for visibility Thanks all!

Thanks, @Xhark, the number is now updated.

Hi @Xhark Yes, this is the mistake, last digit is missing. The compression ratio was around 2.3 in our experiments. Thanks for noticing.

Hi, Just curious why Pruned_Clustered Model - Mobilenet_v1 (ImageNet) - INT8 .tflite gzip compression (bytes) is so small? PCQAT model is larger than PC model? or missed a digit for this case?

Why/how the initial bug would be solved? 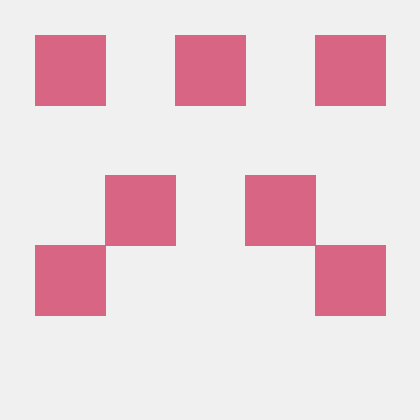 it's not solved, no. I am no longer working on this project though! Thanks.

Is the issue solved ?

The implementation of some models (e.g. SENet) requires the use of the Multiply layer

I tried to quantize a model including a Squeeze-Excitation block but I got an error: Layer multiply:<class 'tensorflow.python.keras.layers.merge.Multiply'> is not supported. You can quantize this layer by passing a tfmot.quantization.keras.QuantizeConfig instance to the quantize_annotate_layer API. It would be very useful to have this layer supported

After QAT and TFLite converter, the type of input and output of averagepooling2d node is not same 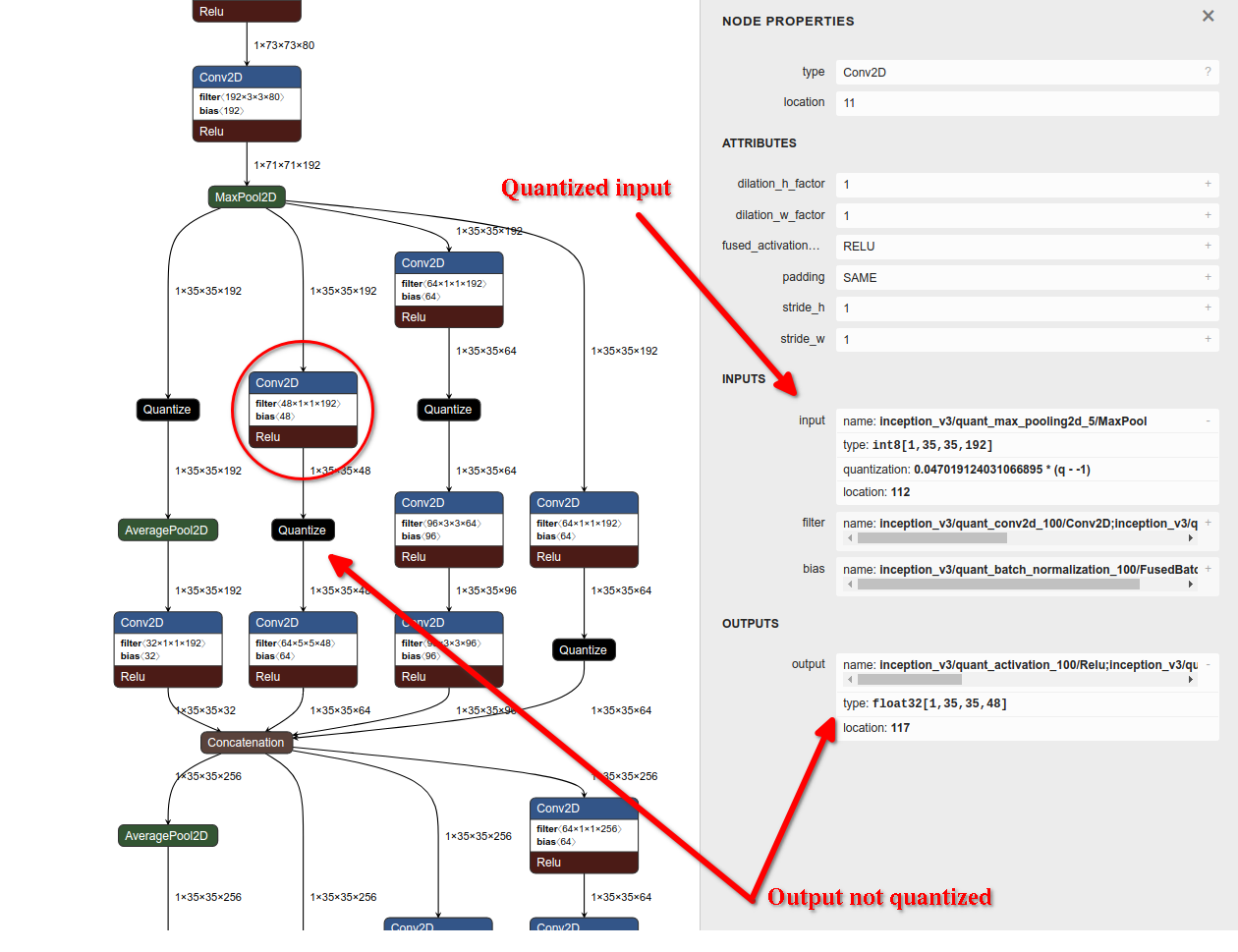 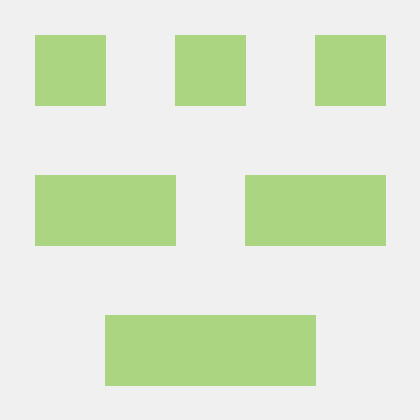 Clarify that currently 8-bit quantization is the only supported deployment path.

Clarify that currently 8-bit quantization is the only supported deployment path. PiperOrigin-RevId: 378332718

Clarify that currently 8-bit quantization is the only supported deployment path. PiperOrigin-RevId: 378332718

Clarify that currently 8-bit quantization is the only supported deployment path. PiperOrigin-RevId: 378100361

When you refer the guide: https://www.tensorflow.org/model_optimization/guide/pruning/pruning_with_keras#create_a_10x_smaller_model_from_combining_pruning_and_quantization 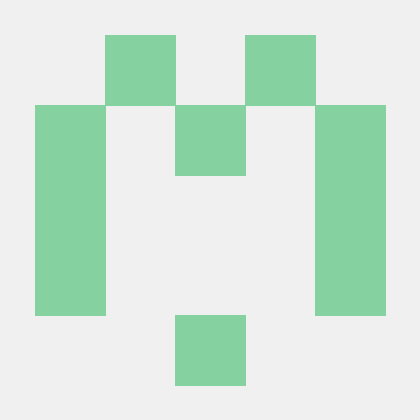 Deciding on where to have high filter/channel counts in convnets can be difficult, and smarter reductions in these numbers can lead to faster inference time across all devices.

Pruning is currently not very useful on GPU, since sparse operations are much slower than dense operations, so it would be useful to have a method of pruning that results in a reduced dense representation.

The current implementation I have (that isn't finished) doesn't require many additional components, since it works similarly to block sparsity and can reuse much of this code.

Describe the feature Add an option to prune_low_magnitude for "filter pruning" (alternatively "structural pruning") that restricts pruning of supported layers to blocks of the weights at a time. For convolutional layers these blocks represent the output channels of the layer.

In addition, an option is added to strip_pruning to restructure the layers that have been pruned in this manner, with fewer output channels than the original layers. The change in shape needs to be propagated forwards to future layers.

Describe how the feature helps achieve the use case With these two additions, models can be pruned in a way that is meaningful when running on GPU, saving memory and compute. It is also possible to find a reasonable layout for the number of output channels in each layer without hyperparameter tuning.

This feature makes pruning useful on GPU, where it currently is not so useful.

Describe how existing APIs don't satisfy your use case Using tfmot.python.core.sparsity.keras.prune.prune_low_magnitude on a convolutional layer will consider each element of the weights variable on its own, and very rarely leads to pruning that can be useful for reducing inference time on the GPU.

In addition, tfmot.python.core.sparsity.keras.prune.strip_pruning will always leave weights with zeros in them, even if a reduction in the size of the layer would be beneficial. If the outputs of a filter in the kernel of a convolutional layer are all zero, strip_pruning will leave restructuring as a step for the runtime.

Clarify that currently 8-bit quantization is the only supported deployment path. PiperOrigin-RevId: 378100361

Clarify that currently 8-bit quantization is the only supported deployment path.