tensorflow
If you are wondering where the data of this site comes from, please visit https://api.github.com/users/matloob/events. GitMemory does not store any data, but only uses NGINX to cache data for a period of time. The idea behind GitMemory is simply to give users a better reading experience.
Michael Matloob matloob Google New York

Skylark in Go: the Skylark configuration language, implemented in Go [MOVED to go.starlark.net]

A set of utilities for checking Go sources

Modules can still be removed by go mod editwork, and go mod addwork will remove any modules that match the pattern but don't exist on disk.

See golang.org/cl/348649 for an example of where this doesn't happen.

Here are the proposal issues:

Personally I could go either way on this proposal, but I wanted to move this out into its own issue so we could have the discussion on a separate isuse.

This issue proposes an amendment to the Workspace proposal (#45713) to use go.mod file paths rather than directory paths in the directory directive, perhaps renaming the directive to use. It was originally suggested by @ianthehat in an issue comment:

Now this proposal is accepted, I would like to suggest some minor changes.

I think that we should change it from listing directories (and implying the go.mod file in that directory) to explicitly listing the mod file. I think this would remove some of the confusion about exactly what it means to refer to a directory, and would also allow us to add directories with one of the meanings people have asked for in the future if we wanted to. The cost is negligible, basically existing lines would just need /go.mod appended to the end, and for the most part those lines are written by a tool anyway. This approach would also increase the flexibility of the system by allowing the go.work file to refer to module files not called go.mod. The go command already allows you to use this files in normal module mode, the two uses I know the most about are go.tools.mod and gopls.mod, but there are other uses as well. This would allow you for instance to have a tools.work file that referred to the go.tools.mod files instead of the go.mod files. If we did this, we would also need to change the name of the directive (from directory). I don't really mind what to, I was thinking something like use or include, but suggestions are welcome. The end result would be (using the same example as the proposal)

A version of this was suggested by @jayconrod on an issue comment on the Workspaces proposal.

This proposal is an amendment of the Go Workspace Proposal (#45713) originally suggested by @jayconrod in a comment on that issue:

I'd like a way to add all modules in a subtree to a workspace using wildcards. Specifically, I'd like go workspace add ./....

This proposal would add a new go command subcommand, perhaps called go mod addwork (if #48256 is accepted, the new subcommand would be called go work add or go work use).

It would ensure that the go.work command contains modules denoted by the given pattern, removing any matches of the pattern that no longer exist on disk.

Proposal: put workspace commands in their own namespace

This proposes an amendment to the Workspaces Proposal #45713, that was originally suggested by @jayconrod (with a small tweak from me).

Instead of naming the commands to create and edit go.work files go mod initwork and go mod editwork, name them go work init and go work edit. This makes future subcommands (such as the proposed add and sync subcommands) have more clear names.

On use and specifying .mod files:

I haven't really loved the name directory and saying "directory directive" is definitely awkward. I think "use" along with .mod files could be more clear than specifying directories with the directory directive. @ianthehat, under your proposal, would we still be able to specify directories to go mod editwork and go mod initwork? If not, that would make the commands more awkward. On the other hand, if we did, and most users specify directories all the time, would it be a good idea to have the entity provided in the file to be different than what's usually provided on the command line?

I think it is very unclear what it means to "use" a directory, and until we decide that using a go.mod is much clearer, I cannot think of any way that doing so increases confusion?

I didn't completely understand this sentence. You're saying that we should only adopt "use" if we also change the argument to the directive to be a .mod file, right?

On putting the commands into a new namespace:

We initially chose to make initwork and editwork subcommands of go mod because it wasn't clear that there would be more subcommands. I think it's becoming clear that we'll at least have one or two more (sync and maybe also add). If we put the commands under a namespace, I'd prefer work to workspace. We already use the word "work" as an abbreviation of workspace in the go.work filename, so I think its meaning should be clear to users.

I agree that we should have a mechanism for adding all the modules contained under a directory. I don't see the same problem that you do for adding to go mod initwork because it's already broken parallelism with go mod init by allowing users to specify multiple directories to be added to the workspace. On the other hand, one nice thing about adding a new command is that we could also have it remove modules that don't exist under the given directory anymore.

I think it's a useful operation, and think we should add it, but I wonder if its existence could cause confusion for users because it would do only "half" of what users want. It would sync the dependencies that are not in the workspace, but the dependencies in the workspace still need to be updated by tagging and releasing new versions and updating the requirements on them. And the latter is out of scope for the go command.

@ohir Thanks for the feedback! I'm glad the proposal is working for your use case!

@marwan-at-work Reached out to you offline. Pairing to debug sounds good.

@marto-r We're still working on exactly what our messaging should be. As I understand your case, (please correct me if I'm wrong!) your repository is split into multiple modules for historical reasons: originally the components were different modules, and they were later moved into the same monorepo, but it's too late to put everything in a single module now. And your use case is that you'd be using workspaces to effectively turn everything into a single module. Is that correct? If so, I think checking in a go.work file could be reasonable. That is, if everyone who works with any of the modules always works with all of them together all the time, I think it's reasonable to check in a go.work file. I do wonder though if there's a better solution, such as some sort of migration path for combining the component modules into a a single module.

And I think that case is extremely rare outside a closed-source business setting where everyone works in a uniform environment. So I think we want to be really careful about how we recommend checking in go.work files, because they really don't belong in any case where all the modules are not always used together. Which might mean more nuance in the recommendation against checking go.work files, but would still mean strongly advising against it.

@myitcv My understanding is that gotip downloads and installs its version of Go in $HOME/sdk/gotip, so you can change your environment in the gopls settings so that it picks go from $HOME/sdk/gotip/bin/go. Altearnatively, if you're using gopls through vscode, you should be able to set go.alternateTools to point to gotip.

Hi! I’ve got a prototype ready to try out!

then use gotip as your go command!

x/tools/go/analysis/analysistest: output and golden file differ, but RunWithSuggestedFixes does not report failure

Looking at the CL it seems like not reporting an error was an oversight. I can't think of a good reason to just ignore that case 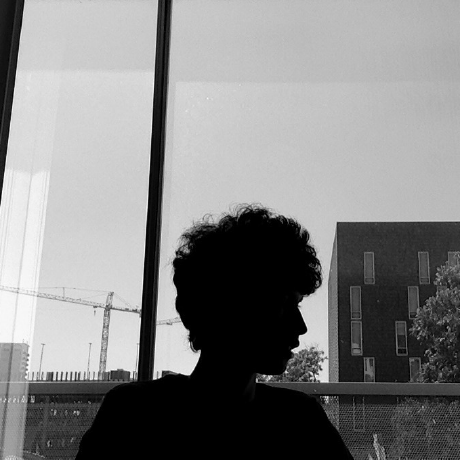