tensorflow
If you are wondering where the data of this site comes from, please visit https://api.github.com/users/jart/events. GitMemory does not store any data, but only uses NGINX to cache data for a period of time. The idea behind GitMemory is simply to give users a better reading experience.
Justine Tunney jart

Annoying robot that repeats what you say on the phone

The new optlinux mode should give you the boost you were expecting, because it enables red zone and disables frame pointers. For example, here's Musl Libc:

Please be advised that disabling frame pointers isn't worth the performance gain in practice, since it takes away things like backtraces. Speaking of which, @pkulchenko we now have more solid code for stack unwinding and such, which shouldn't ever crash. The recommended algorithm is this:

If our Python takes 10% longer to startup then that's impressive if you consider APE binaries are shell scripts and it has to DEFLATE all .pyc / .py files it loads from the ZIP structure. APE loading is going to be more important as apps grow larger, because bloated Python code spends most of its time crawling the filesystem if you strace it. With the ZIP central directory we can make that an effectively O(1) pure userspace operation. Right now the LIBC_ZIPOS code isn't as optimized as it can be, but to give you a basic idea of how important a boost this can be, consider this benchmark:

This is basically what Java does because enterprise apps are always humongous, so having .jar files designed as .zip files was a really brilliant move on Java's part that allowed it to meet the requirements of big companies. So in many ways you could think of Actually Portable Python as an Enterprise Python even though we're a scrappy open source project. There should ideally be some way for the benchmarks to capture that, once we optimize it more. I also spotted an issue that helps us save 100 cycles on read() and write() function calls. So i/o should be a little bit better now.

PGO is something I want. I looked into doing it and came to the conclusion that I'd prefer to kick that can down the road. We can do what PGO does manually for the time being, by using the COUNTBRANCH() macro. You can wrap any expression with that, and it'll cause the linker to generate code that prints the percentage of times the branch was taken at the end of the program. If it ends up being 99% yes or 1% no then you would then add LIKELY() or UNLIKELY() macros around the expression. It makes a measurable difference because the Python codebase is written in such a way that error handling code usually blocks the critical path, and everything counts in small amounts. 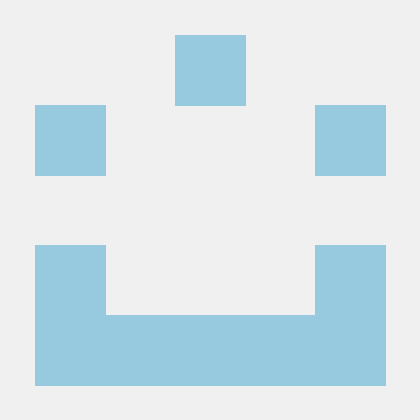 I can no longer build cosmopolitan.a using WSL on the latest commits, I get the error: Timed out after 64 seconds! 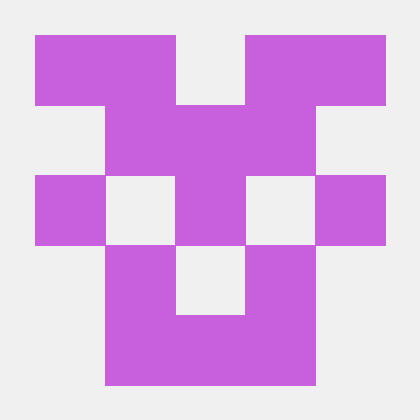 OK I believe this is fixed. If it isn't, let us know and I'll reopen!

Improve memory safety This commit makes numerous refinements to cosmopolitan memory handling. The default stack size has been reduced from 2mb to 128kb. A new macro is now provided so you can easily reconfigure the stack size to be any value you want. Work around the breaking change by adding to your main: STATIC_STACK_SIZE(0x00200000); // 2mb stack If you're not sure how much stack you need, then you can use: STATIC_YOINK("stack_usage_logging"); After which you can `sort -nr o/$MODE/stack.log`. Based on the unit test suite, nothing in the Cosmopolitan repository (except for Python) needs a stack size greater than 30kb. There are also new macros for detecting the size and address of the stack at runtime, e.g. GetStackAddr(). We also now support sigaltstack() so if you want to see nice looking crash reports whenever a stack overflow happens, you can put this in main(): ShowCrashReports(); Under `make MODE=dbg` and `make MODE=asan` the unit testing framework will now automatically print backtraces of memory allocations when things like memory leaks happen. Bugs are now fixed in ASAN global variable overrun detection. The memtrack and asan runtimes also handle edge cases now. The new tools helped to identify a few memory leaks, which are fixed by this change. This change should fix an issue reported in #288 with ARG_MAX limits. Fixing this doubled the performance of MKDEPS.COM and AR.COM yet again.

It looks like the command line for ar.com to build cosmopolitan.a is now 509kb. So chances are we're brushing up against whatever ARG_MAX is under WSL. This can be fixed right now by locally modifying to say:

I'll do that in a follow-up change shortly.

redbean should have zip64 support but it's possible that it regressed since there needs to be unit tests for it. I'll write some as soon as I get a chance, because zip64 is something I absolutely intend to support. 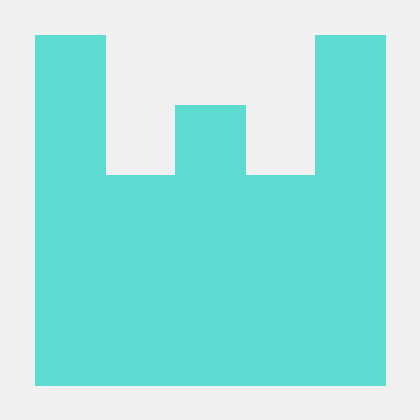 The goal is to implement the pthread interface (or at least similar) for cosmopolitan. The key observation that makes it possible to consider such a daunting task is the following: It seems that there are really few part of the code that is OS dependent, namely OS thread creation, OS thread destruction, futex, and TLS.

The complex parts are built on top of those, and on top of atomics which are OS independent.

The goal of this PR is to focus on the portable abstraction, and make it works on Linux (because that's the platform I know). 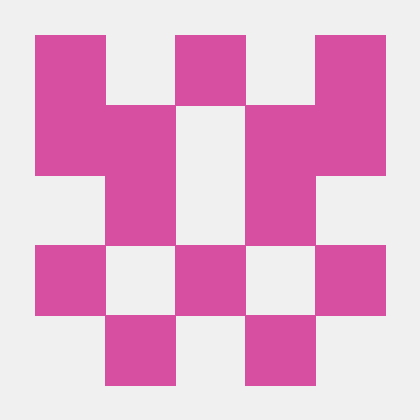 I'd like to move forward with merging since even though it's a work in progress it's a step in the right direction. I can provide some assistance and collaboration on this effort. You may see me making follow up changes to what you've contributed. Simple things like polyfills, style, and integration so that your project has a good home in this codebase. Think of it as me volunteering for your project. However I want it to be your project and I want to be able to tell anyone who asks about Cosmopolitan Threads that you're leading effort.

Fix build from docker build with alpine from macOS

Thank you for spotting this and taking the time to send a PR.

Also, welcome as a new contributor. This change looks good so far. We need to go through one quick hurdle before I can merge. Could you please email Justine Tunney jtunney@gmail.com and say that you intend to assign her the copyright to the changes you contribute to Cosmopolitan? See CONTRIBUTING.md for further details. We make the ask because it helps us ship the tiniest most legally permissive prim and proper binaries. You also only need to do it one time, so any future changes you send us can be quickly merged. 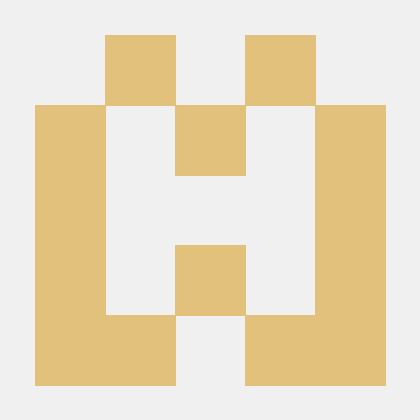 Python likes to make a bunch of function calls for anything, so ftrace-ing a Python script from start to end produces a TON of info. cosmo.ftrace() + cosmo.exit1() are nice, but I have to still structure my Python script to exit right after a particular line.

As mentioned here, This commit adds a simple contextmanager wrapper to cosmo.ftrace() so instead I can do things like this:

the above snippet produces 32 lines of ftrace in stderr, which is much easier to examine:

I'm assuming you chose not to use g_ftrace because some libraries routines might unintentionally turn it back on? We really need a function to remove __hook() after it's been installed, to rewrite the binary in memory to restore the NOPs. I'll probably do that as a follow-up soon. Please be warned that until we fix that, installing ftrace means that, even after you turn it off, there's going to be a nontrivial performance segregation throughout the remaining lifecycle of the process.

@pkulchenko Absolutely. Lua doesn't require parens in function calls, and it lets you pass code to a function, so we could probably define the syntax as follows:

Improve Das Blinkenlights It's now possible to scroll panels is the TUI while the display is blocked on input. INT 16h now translates UTF-8 to CP-437 and displays unmappable characters using a lambda symbol. Bracketed paste mode guards will also be filtered out.

No only the compiler would run as a subprocess. (At least until we can retool chibicc to not rely on _exit() to free() its memory). It would use the same ABI for all platforms. One compilation. Otherwise it's not build once run anywhere.

All you have to do is put the platform local binaries inside the zip structure of the binary. You have to build the binary with a STATIC_YOINK("zip_uri_support"); statement. Then you can say if (IsWindows()) open("/zip/opengl-driver.exe", O_RDONLY); etc. etc.to move the binary to a local file system folder. Then you can call pipe(), fork(), and exec() to communicate with it as a subprocess. 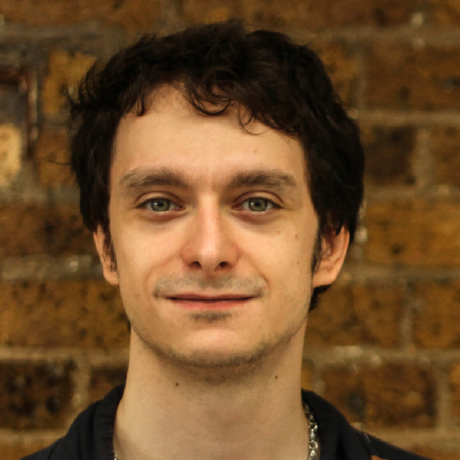 OS dependencies are toilsome but it isn't something I fear, since that's our bread and butter. Cosmopolitan libraries let users to do things like copy a file twice as fast as their system's cp command because we did all the hard work of figuring out and abstracting the optimum systems integrations. On Linux I'm reasonably certain that for mutexes that entails futex. Even if we only support just Linux threads for the present we can iterate on it and improve. I just want to be sure that whatever we do choose to do, is the best.

Make mkdeps.com go faster This program usually runs once at the begininng of each GNU Make invocation. It generates an o//depend file with 170,000 lines of Makefile code to define source -> headers relationships. This change makes that take 650 milliseconds rather than 1,100ms by improving the performance of strstr(), using longsort(), plus migrating to the new append library.