When launching PrusaSlicer from the command line, I get several of the following messages during use. The software is working just fine, no issue whatsoever - but I thought maybe this is useful information for the development team anyway...? are preferred_

Let me know if I can provide more details on my system or do further testing if needed. If those messages are considered harmless or expected, feel free to close this issue! 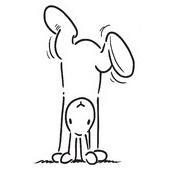 Yeah, those messages are there. I don't think we've looked into them thoroughly, because they don't seem to cause any actual trouble, but most likely this is caused by wxWidgets one way or another. We don't use GTK directly.