I'm the author of the Skinnydip string reduction post processing script, and would like to assess the interest of having the core features of skinnydip integrated into PrusaSlicer.

The two most critical features of skinnydip are:

I am an intermediate hobbyist coder who would need to extend his skillset a bit in order to write these functions into Slic3r. I'm willing to put together a pull request if the official devs are interested in these features being added. Some guidance would also be much appreciated. 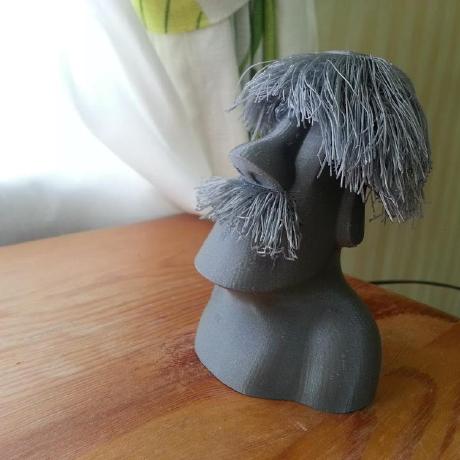 We have evaluated the skiny dip technique and in our opinion it did not improve reliability, it only increased the print times.

Appreciate the response. I would be interested to know about your testing methodology. I respect that Prusa has to make decisions about which features to include and which features to omit, and that you are pulled in many directions with respect to how you spend your time. If it came to a choice between integrating this feature and implementing a plugin manager, for example, I would wholeheartedly support you spending your time working on the latter.

I will say this, though -- from a UX perspective, Skinnydip just works. The current tip-shaping options exposed in Advanced Filament settings are needlessly complicated, and running through all these settings to find out which of them actually helps with tip forming is an exercise that is leaving many MMU users bewildered and frustrated. If nothing else, I would suggest that the variables should be grouped according to the types of tip formation issues they can be used to resolve. Personally, I have not been able to isolate the impacts of those variables, and users are beginning to suspect that Prusa doesn't really understand their impacts either. In particular, the issue of oversized tips is one that users are struggling to resolve through the exposed settings.

I am convinced that quite often the tips becoming too large is due to compression of the PTFE lining the heatsink, and the evidence I give for this claim is the incredibly consistent diameter tips I get when I use one of David Shealey's custom machined Torlon heatsink inserts.

Anyway, that's all from me on this issue. I never really expected Prusa to adopt this because I'm sure there isn't a consensus about MMU2 issues at HQ any more than there is in the community. But I do look forward to the day when the community will be able to make its own decisions about which features it sees valuable enough to implement, ideally via a plugin manager of some kind.

Thanks for making a product that was good enough for me to care about this much, bubnikv! Peace!