This is only happening on Stage 46 in both GBHawk and Gambatte. Savestates also attached 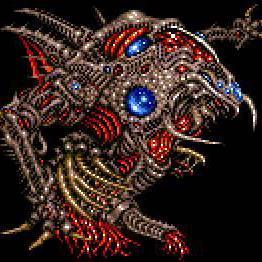 The exact same bug in two entirely different emulators in a late level in an obscure game is more likely a bug in the game.

In the future, provide savestates IMMEDIATELY BEFORE the scene in question, so that the scene loading can be debugged. These savestates would not be useful for debugging this problem.