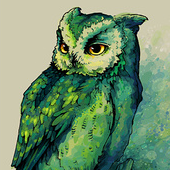 As far as I know, Minecraft does not support converting world data from a newer version to an older version, especially not 1.13+ to 1.12 and neither does the MCA Selector. Since version 1.7 you can import all chunks from another world into the currently opened world while specifying whether you want to overwrite existing chunks or not. The MCA Selector has not been tested (by me) with mods, so i cannot guarantee its funtionality in that case. If those mods did not change the file format though, exporting, deleting and importing chunks should work fine as those functions do not touch the data in the chunks at all.