Any chance the Inline Logic Gate could have NOT added as one of the functions? Just take a single input, invert it, and output it to the selected line. Would be really helpful for making compact logic circuits.

It would also be amazing if buffer and filter functions could be added as well, though not as sure that's (easily) doable. 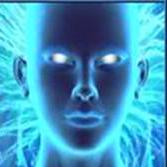 Actually, while we're at it, could we add the memory toggle (ie. SR-Latch) and data latch as options for the Inline Logic Gate as well? Seems the existing interface would work fine for it, would just have to relabel Input 1 and Input 2 for those operations to Set/Reset or Data/Set. Trying to make complex logic compact can be rather...frustrating in this game. >.>