Lenses, Folds, and Traversals - Join us on freenode #haskell-lens

Kan extensions, Kan lifts, the Yoneda lemma, and (co)monads generated by a functor

@langston-barrett Can you take a look at the test job's output? Especially https://github.com/ge-high-assurance/RACK/pull/239/checks?check_run_id=1488050269#step:11:119 which seems to show that a test failed, yet the test job itself still succeeded. Was the test supposed to fail but the test job still succeed? 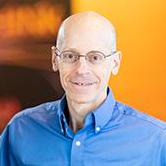 Don't upgrade pip in lint job Was trying to make a pip warning go away, but got a pip error instead. ERROR: Cannot install -r cli/dev/requirements.txt (line 4) and pytest==6.0 because these package versions have conflicting dependencies. ERROR: ResolutionImpossible: for help visit https://pip.pypa.io/en/latest/user_guide/#fixing-conflicting-dependencies

created branch time in an hour

But the bounds are not relaxed as e.g. there is no text release. So there is a chain.

I see. In that case, it's likely that I'll need to rebuild boot libraries anyway. The thing that tripped me up was actually a different library than what you mentioned: Cabal.

Do you know if Cabal has been patched upstream to support bytestring-0.11? I noticed that the master branch of Cabal still has bytestring < 0.11 bounds, but perhaps I'm looking in the wrong place.

I ended up building my own local repository (url: file+noindex:///....) with patched packages, with e.g. text, hashable, attoparsec patches applied.

Ah, I was afraid that that might be the case. This is why I procrastinated on doing bytestring-related maintenance until there was a GHC (pre-)release that bundled bytestring-0.11. Speaking of which, is GHC 9.0 slated to include bytestring-0.11? If so, I might hold off on the task in https://github.com/ekmett/lens/pull/948#issuecomment-737173423 until that is out.

That said, We can have a policy that if dependency relaxation is not achievable without jumping through the hoops, we'll leave PRs / issues open until there are install plans.

I ended up building my own local repository (url: file+noindex:///....) with patched packages, with text, hashable, attoparsec patches applied. It's cumbersome (if you really want to test pre GHC-8.0 - no pattern synonym case).

To be clear, I trust @Bodigrim's judgment too! I'm mainly interested in learning how to do this so that I don't have to bug other people to figure out if my code is bytestring-0.11-compliant or not :)

I expect bytestring maintainer to know what they are doing, when they say upgrading is fine.

For future reference, how were you able to test this? The last time I tried building libraries with bytestring-0.11, I ran into several issues with boot libraries failing to compile. I'm interested in figuring this out since there is another restrictive upper version bound on bytestring in this repo that I'd like to lift:

But I'd hate to just lift the bounds without having tested it myself first.

Here are my remaining comments:

[cid:image001.png@01D6C841.AC58D2A0] mitigates was changed to have a range for the property of HAZARD, rather than entity. What is the virtue in having this range restricted? As I said before, if a new entity type of FAILURE_CONDITION is created I could see wanting to identify the requirements that are mitigating that failure condition. This really is a comment that I would applies more generally. What are we gaining by having range restrictions in the base ontology that are more specific than ENTITY, ACTIVITY, or AGENT. While I could see some minor confusion that could stem from this openness when people first start using the tool, but eventually people while have to understand how to work with this as it will have to occur for ranges of some things. The tool in general is going to be much more useable in the long term the more flexibility that it has so anytime we are wanting to limit this flexibility we should have a clear and obvious reasons why. In my mind this applies to things such as cardinality as well. For example: [cid:image002.png@01D6C844.ADC860D0] The “givenText” on REQUIREMENT had a cardinality restriction add of at most 1 value, Why? I could see multiple “givenText” if you have more than one precondition. This is maybe not the strongest case because I wonder if these should be part of a TA specific ontology on not the core ontology. Even something like author for a REVIEW. I have participated in a many review where multiple people’s work where combined into a single review, why would we not support this? Things like dates, and statuses I absolutely agree can have cardinality restrictions, but just like the range we should be 100% confident that it is absolutely an error and I would argue it is better to error on the side of flexibility.

SystemComponent is being changed to SYSTEM in DevelopmentPlanData.sadl: [cid:image004.jpg@01D6C84A.D46B1150] SystemComponent was defined in the Turnstile extension of the ontology this should remain as is. COMPONENT was changed to SWCOMPONENT: [cid:image007.png@01D6C847.5EF0F050] This changes was not maintained for the Threads:bu[cid:image006.png@01D6C846.E0BDF660] But they were updated for the rules associated with this: [cid:image008.png@01D6C848.93A9AF20] This should just be made consistent, otherwise extracting the data will miss some relationships.

This situation is yet another instance of the restriction issue. I can see that a FILE can SATISFIES a REQUIREMENT, so it should use the SATISFIES property that is defined for attaching it to REQUIREMENT instances. Again, I think that there's a major error in the modeling approach of being able to use any relationship from anywhere in the model to connect any entity instance types you might choose. By the way, file:satisfies has been removed.

The issue with this is that in SADL and the underlying OWL, “File has satisfies Req” is not interchange able with “Req has satisfies Req” the Domain for the first is File while in the later it is Req. If satisfies was removed from file this is likely not going to work as it will no longer show up in the nodes for SemTK and will likely cause an error on ingestion. To only have the property on Requirements you would have to have two properties a satisfies and satisfiedBy then you could write “Req has satisfiedBy File”.

The my final question for today is my the PROV primer describes derivation as “ When one entity's existence, content, characteristics and so on are at least partly due to another entity, then we say that the former was derived from the latter.” With this thing like “satisfies” would fall into that definition for derivation so why are we say that is not applicable. One of the big benefits for using the PROV base is to be able to with a very simple query, answer the question, “if I change this entity, what are the downstream entities that would now be suspect”. With these changes I am not sure we still be able to do those queries simply you would have to look at all the relationships and make a “uber-query” that looks at all the independent properties that are entity specific.

Since we are not going to try and squeeze this to the current release going forward maybe the best way to hash out these discussion is by having a pull request and putting comments as part of that. That way we can really look at each of the changes in context and have a pointed discussion that that.

already removed, because SemTK doesn't support these restrictions. You may not have the most recent version of this branch.

Not sure where you're seeing avoids in the current branch? You might want to pull the branch again.

Note that mitigates is defined only for HAZARD. A separate relationship would be needed in FAILURE_CONDITION for it to be mitigated by a REQUIREMENT. I think that one of the problems with SADL is that it seems allowable to attach a relationship defined anywhere to whatever entity instance you choose - that's strictly disallowed in the E-R model. I think it would be worth revisiting the restriction issue with some of the tenets of E-R in mind?

I'm not sure what file you're referring to here. I think that might be an error, since SystemComponent is a type of SYSTEM anyway.

I made only changes to Turnstile that allow it to compile successfully, and where the semantics were clear to me. I'm not sure what kind of thing the "thread" abstraction is, or how it's intended to be used in assurance cases. Do we know what TA1's have in mind here?

This situation is yet another instance of the restriction issue. I can see that a FILE can SATISFIES a REQUIREMENT, so it should use the SATISFIES property that is defined for attaching it to REQUIREMENT instances. Again, I think that there's a major error in the modeling approach of being able to use any relationship from anywhere in the model to connect any entity instance types you might choose. By the way, file:satisfies has been removed.

I don't think I changed these properties - only removed the statement that they were types of wasDerivedFrom, which is incorrect. At least that was my aim!

governedBy was removed from REVIEW.sadl - you may not have the correct pull of the branch...

Hope this helps! Let me know if you have more questions!

— You are receiving this because you were mentioned. Reply to this email directly, view it on GitHub https://github.com/ge-high-assurance/RACK/issues/219#issuecomment-734069093, or unsubscribe https://github.com/notifications/unsubscribe-auth/ACJXTPZKM2P4DPD4X5VVJOTSRXLR7ANCNFSM4TKJZZWA .

— You are receiving this because you were mentioned. Reply to this email directly, view it on GitHubhttps://github.com/ge-high-assurance/RACK/issues/219#issuecomment-735880140, or unsubscribehttps://github.com/notifications/unsubscribe-auth/AO6MHPOFAHRT572ULSHXUWTSSO7JBANCNFSM4TKJZZWA. 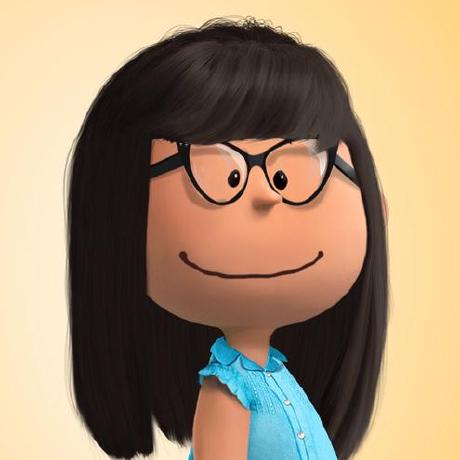 Update SemTK version to v2.3.0-20201201 Also fix minor typos and inconsistencies between workflows, that is, make test.yml more similar to rack-box-continuous.yml (once we test this push, then let's merge them together).

John is in the process of making the pre-release; so please wait on pushing the changes to master.

we need a cardinality restriction on agentName

do I remember correctly that when we went over the changes last week that Eric verified that SemTK does not handle "H:source of HAZARD must be one of {HAZARD, sw:SWCOMPONENT, sys:SYSTEM}." and that is why it is commented out. However, I see "sw:performedBy of CODE_GEN must be one of {Ag:PERSON, Ag:ORGANIZATION}." etc.

Why did we add unneeded "imports" to REQUIREMENTS.sadl, it makes the visualization less clear. Based on other changes in this file, you do need to now import HAZARD. Similar comment on other files.

I'll push these changes shortly. Thanks!

— You are receiving this because you were mentioned. Reply to this email directly, view it on GitHub https://github.com/ge-high-assurance/RACK/issues/219#issuecomment-733888444, or unsubscribe https://github.com/notifications/unsubscribe-auth/ACJXTP3VJUT466FSM2SK6ATSRVGNRANCNFSM4TKJZZWA .