Audit NPM and Yarn dependencies in continuous integration environments, preventing integration if vulnerabilities are found at or above a configurable level while ignoring allowlisted advisories

The new official repository for Babel, the Python Internationalization Library

A Python library for several purposes

use fork of github action

try to fix the label workflow

I need to render in some case the html content directly in the editor. If copy paste, that works, but when i set the content on editor creation, i can't figure out how to render html source code.

Then you could add a toggle button and render this HTML in a textarea.

Are you talking about another text area than the editor ? I don't understand how can i do what you said 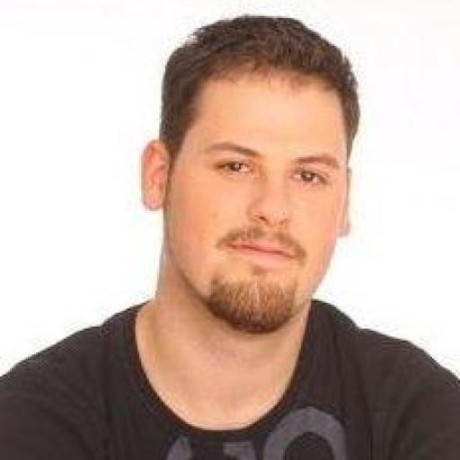 @bbbford Very neat that you managed to get it working. Would you mind sharing a repo with us? That would be very, very helpful. 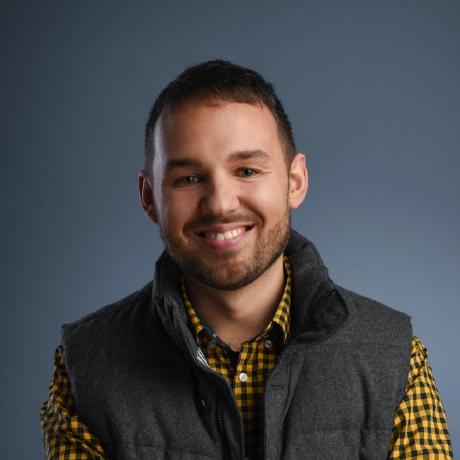 Error: Looks like multiple versions of prosemirror-model were loaded

@philippkuehn Do we know when the fix will be released for this? It is breaking the current TipTap. 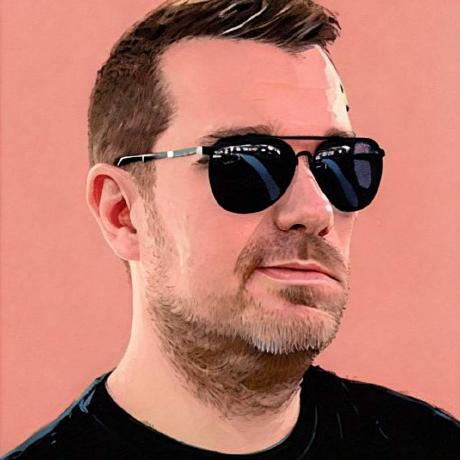 Describe the bug When you type @ sign, popup opens and you can select from the names. If you type some letter, the suggestion content is filtered. At this point, if you decide to delete the letter/letters and the @ sign as well, the popup with suggestions jumps to left top corner and can not be closed/destroyed.

Steps to Reproduce Steps to reproduce the behaviour:

Expected behavior When you do not select any suggestion and you delete @ sign, popup disappears completely 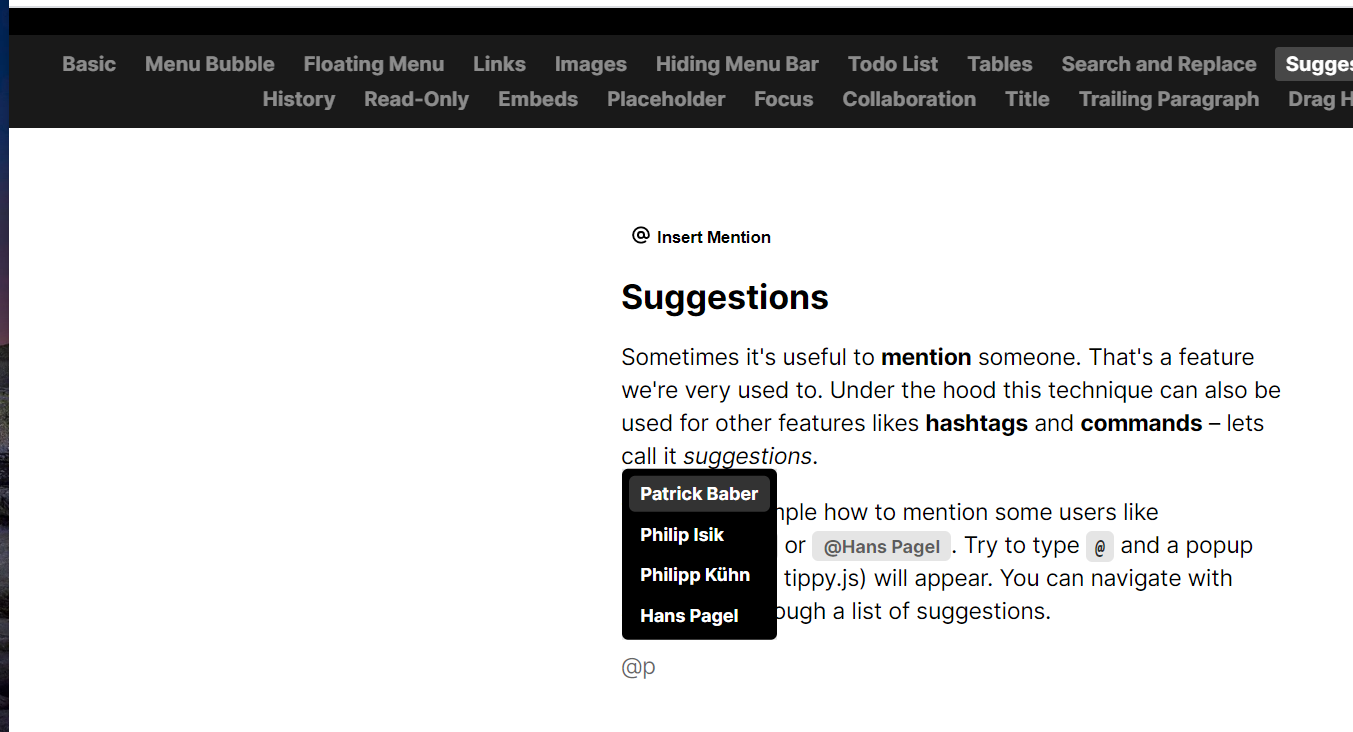 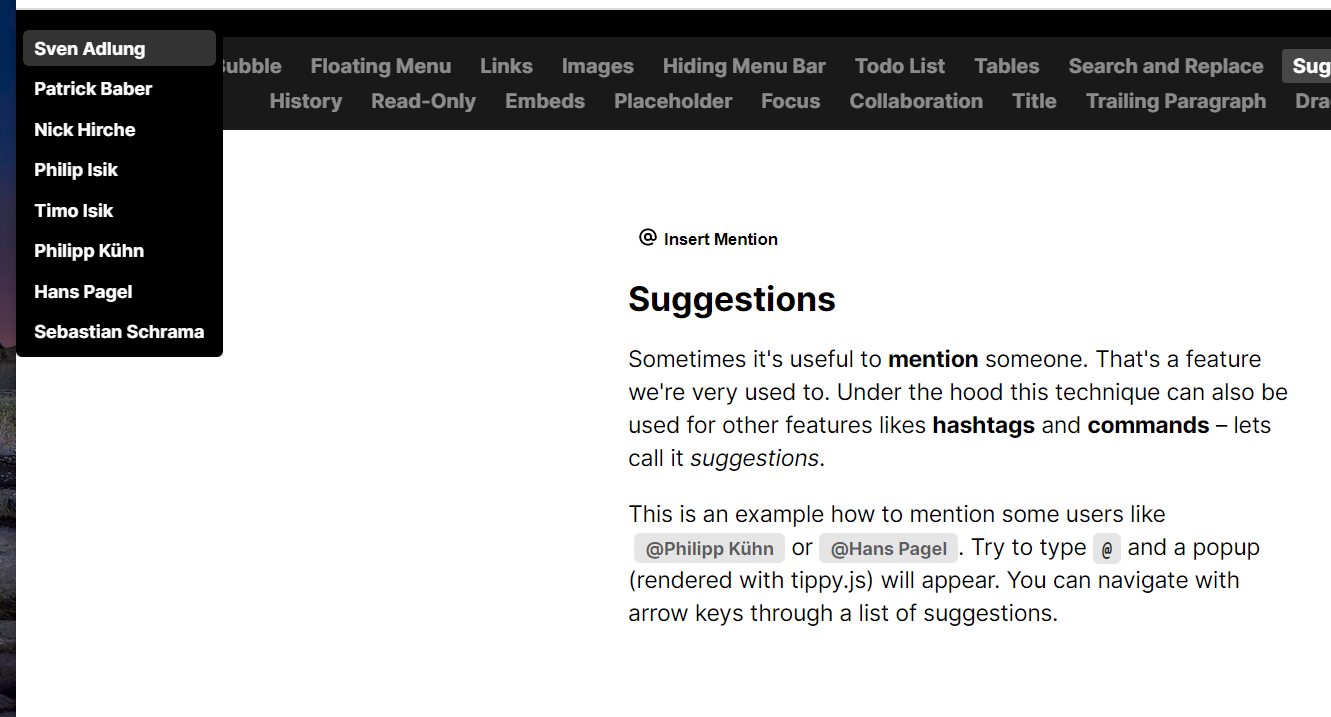 Additional context Add any other context about the problem here.

I'm having the same issues as @chrisjbrown and @tobischulz but from what I can tell it's dependent on the keyboard app. Only the replication issue seems to happen on Google's Gboard, but only the original issue of being unable to delete with backspace occurs on the Samsung stock keyboard. At least that's the case on my Galaxy S20. I also have a user with Microsoft Swiftkey that is experiencing the replication issue when they press space after a mention. 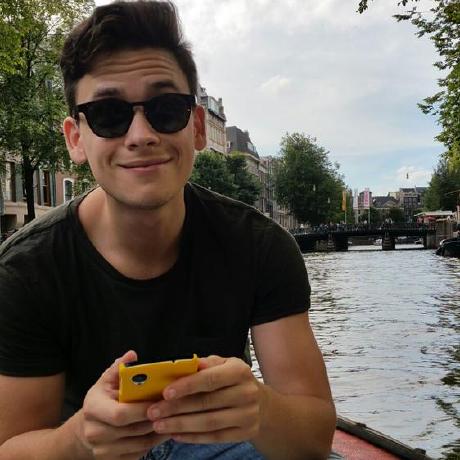 Allow Links to use their individual attrs.target

Currently there seems to be no way to use target="value" on some Link marks and target="other" on another Link mark, because in toDOM the value of node.attrs.target will always be overwritten with defaultOptions.target. I think this was introduced in #619.

With the PR, the individual values are preferred and the defaultOptions.target will only be used as a fallback.

[Question] How to fix "Duplicate use of selection JSON ID cell" error?

In my vuejs project I had installed: npm install --save tiptap@1.27.1 (with WARN prosemirror-utils@0.9.6 requires a peer of prosemirror-tables@^0.9.1 but none is installed) npm install --save tiptap-extensions@1.29.1 (with the same WARN) (Ignored both WARNs) When routing to page containing Tiptap, I got error "Duplicate use of selection JSON ID cell" To fix it: Went to .../myproject/node_modules/tiptap-extensions/ and renamed subfolder '/node-modules' to '/node-modules--' Recompiled the project and got no error this time. Explained: In .../myproject/node_modules/ contains folder '/prosemirror-tables' (version 1.1.1) In .../myproject/node_modules/tiptap-extensions/node-modules/ contains folder '/prosemirror-tables' (version 1.0.0) Loading duplicated modules with different versions raises the error. 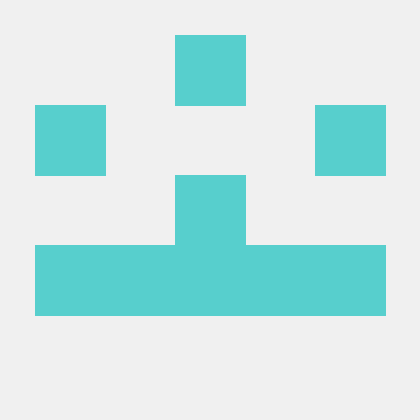 I ending up by exporting html with getHtml() and rendering it with the editor and editable: false.

A lightweight reader components (to replace editable: false) would be awesome but I have go no time to implement it and I don't care about bundle size. 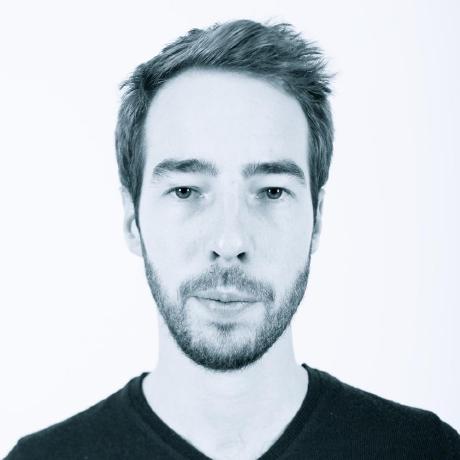 @alloself Here's my final editor for now. By far the best implementation for my use case.

Note: This works with v-model but needs an id to be watched instead of value itself. We need to add watch on id for setContent, or it won't change the editor's value when you load a different content without destroying the component, since the editor gets its content on mounted.

I removed setContent on watch value, so cursor doesn't jump when we're typing because of content change. There's no need to get update from value, since you already updating the editor content while typing.

The onUpdate function will keep firing while typing, then the parent component will keep saving the input to API with 500ms debounce. Note that I use real-time socket for this, haven't tested this with normal non real-time setup. 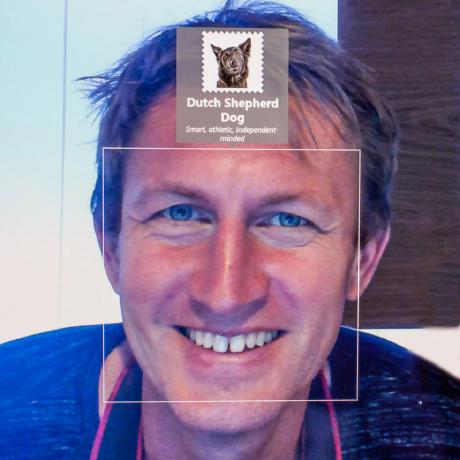 That's great news, thanks for sharing @philippkuehn. I'm really excited and looking forward to the new version and hope to be able to contribute in any way 🚀

Hey, in v2 there ist also a generateHTML(json, extensions) method to generate HTML without an editor instance (so you can use it on a server).

Thanks for your input @philippkuehn!

It seems like the guys at Storyblok created a HTML render for ProseMirror JSON data: https://github.com/storyblok/storyblok-js-client#method-storyblokrichtextresolverrender

What they call richtext is just a ProseMirror JSON state.

This might be useful for anyone looking into writing their own lightweight renderer.

There are three ways:

tiptap uses the underlying drag and drop functionality of prosemirror which uses the native drag and drop API. this API is still not supported on iOS.

so I'm not sure if we can ever support drag and drop for all devices. 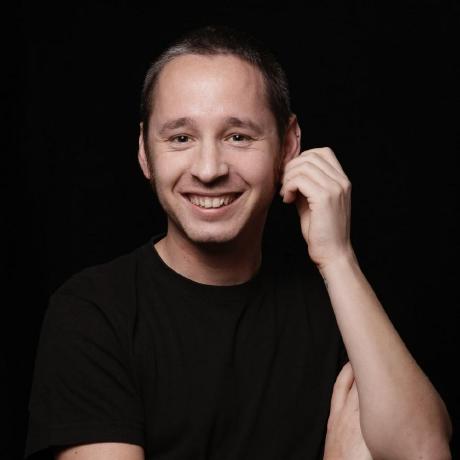 Describe the bug Drag handle does not work in mobile. It's not compatible with touch devices.

Steps to Reproduce / Codesandbox Example Steps to reproduce the behavior:

Hi @ThomasKientz, would you care to share any experience you had with this suggested approach (ie. using the read-only mode)? I was also trying to find something that would be responsible for rendering the JSON without the editor.

I tried to build a minimal project with TipTap using the read-only mode to see what would be the final bundle size and wasn't surprised to see a 316Kb(parsed), gzipped: 96Kb, since it packs everything required for the actual editor with all its editing functionality. I feel like I'm after a lighter library that is simply responsible for rendering the JSON content to HTML on the client. @hanspagel, would love to hear your thoughts on this!

Thanks so much in advance, guys! 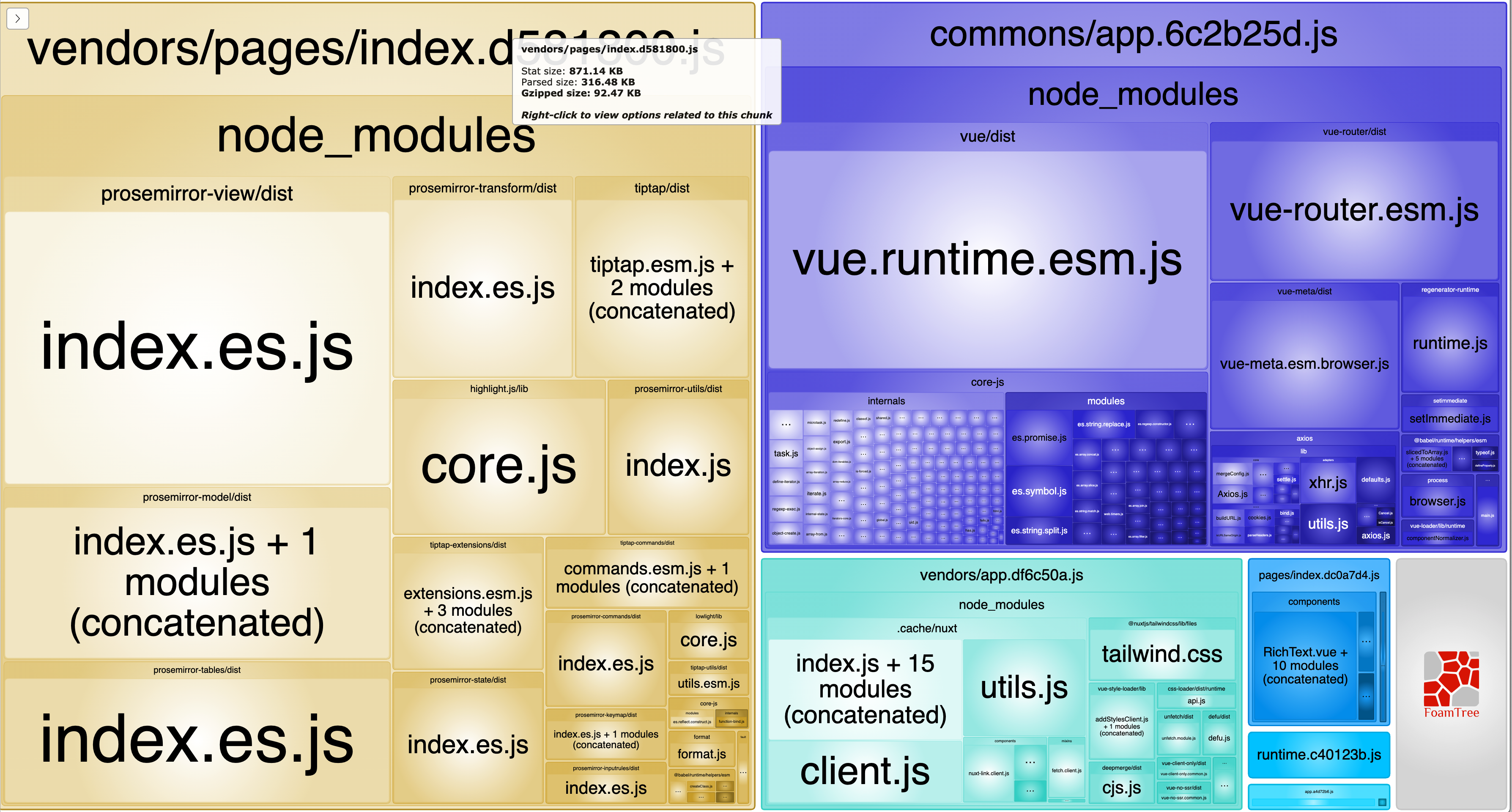 Service point list in sidebar does not update on search

@erickwilder Do I have to change anything on my end (e.g., the external script URL)? I'm still getting nearly same result as of right now: spp-static2.mp4 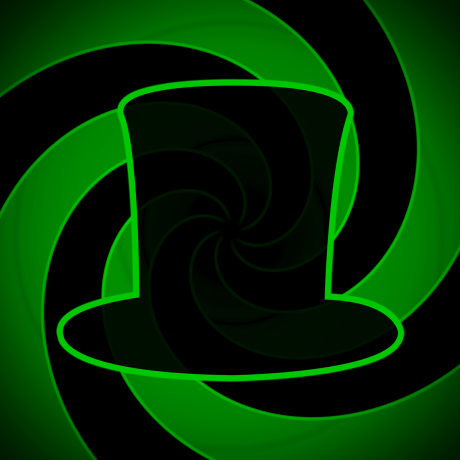 Error: Looks like multiple versions of prosemirror-model were loaded

We plan to invite the first few sponsors this week, all sponsors next week, and release it publicly in January. 🙌 Be sure to follow #547 for updates! 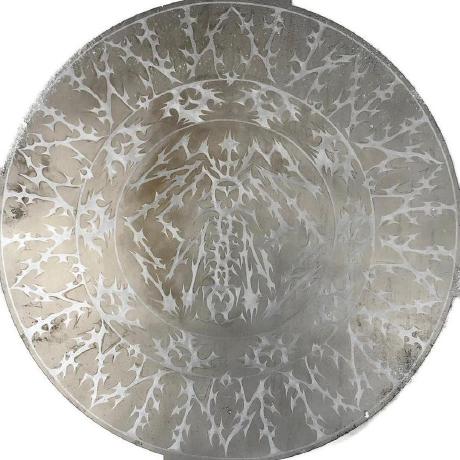 Haha! You’re crazy. Thanks for sharing! 🙌 I’ll have a closer look at your solution.

BTW tiptap 2 will be separated from Vue.js, we have a working proof of concept React adapter for it already. 😎 You’ll be able to upgrade to that.

In tiptap package prosemirror-model is locked at 1.11.2 and in other packages it is marked to fetch latest, which results in multiple versions of prosemirror-model being loaded, more info- https://github.com/ueberdosis/tiptap/issues/577 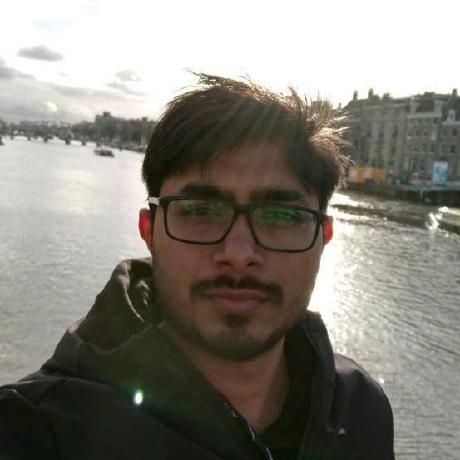 In tiptap package prosemirror-model is locked at 1.11.2 and in other packages it is marked to fetch latest, which results in multiple versions of prosemirror-model being loaded, more info- https://github.com/ueberdosis/tiptap/issues/577

Space (whitespace) gets deleted after pressing any other key

Describe the bug Space gets deleted after pressing any other key.

Steps to Reproduce / Codesandbox Example Steps to reproduce the behavior:

Expected behavior Whitespace should not get deleted

This is with the most barebones include of the editor and it still doesn't work for me. 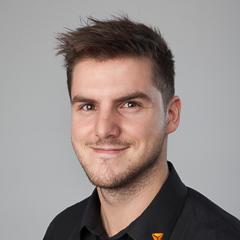