Intro to C for the High-Level programmer

A series of assignments for Python programmers to learn C.

OpenGL bindings for the Crystal language

selfdock is awesome! Works great as a lightweight sandboxing for binaries on my system, and I'll probably be using it a lot as a replacement to docker. Thanks for building a delightfully simple piece of software like this :)

I tried to really see how far I could push it when running a docker container for qira.

After building the image, I ran:

I haven't had a chance to dig into what's segfaulting yet, but I wanted to at least mark down the issue. If this is something you think should be possible to run with selfdock I could take a look at debugging it a bit further.

Environment variables are inherited by container

For my usecase at least, it would be useful to have an option to clear the environmental variables for the container like docker containers do...

This is probably considered an enhancement (but could also be considered a security improvement if users are carrying around secrets in their envs). I might take a crack at implementing it if I have a bit of time soon.

Getting IsADirectoryError when trying to run examples

Ohh just checked the code. It looks like no argument is required when reading from stdin anymore? I've just tested it and it seems to work. I'll update the error message to clarify that a bit more... 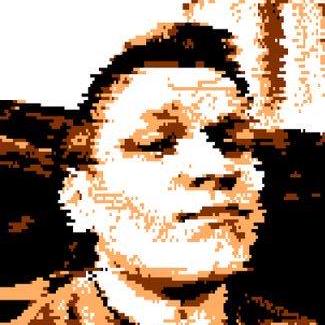 Getting IsADirectoryError when trying to run examples

undocker -i -o seems to be broken.

When I try to run the example from the README:

The (older?) vertices2i and colors4Bn type specifiers were causing this example to blow up for me. This patch fixes the text_input.py script.

pyglet is a cross-platform windowing and multimedia library for Python, for developing games and other visually rich applications.

@sebcrozet some quick questions for you when you get a chance:

Sorry for the big PR -- this ended up unfurling into more changes than I was expecting. When I convert it from a draft PR, I can create a few stacked PRs for more sane chunks of work (i.e. make bind_texture only use TEXTURE_2D, add cubemap support to the context, add the Cubemap material, etc).

tighten up the bind_texture/bind_cubemap functions

Ran a quick profiling test on the cube_map.rs example to try and figure out what the startup time was coming from. Apparently, the PNG decoder is pretty slow (according to my profiling results 96% of the startup time is spent in the png decode function). Probably not worth digging into at the moment. I just noticed that a lot of time was being spent in the InflateStream code, so this issue might be related https://github.com/image-rs/image-png/issues/114

Anyway, it goes beyond the scope of this PR and the only short-term modification I can think of making is multithreading the cubemap loading function which is probably more trouble than it's worth.

Hmm... WASM support might be tricky -- I'm having difficulty getting the example WASM project to compile...