A sphinx project for Bartosz Milewski's book "Categories for Programmers"

An Elm-based web app for the ACCU 2017 schedule

A collection of tools for working with AO fracture classifications

A test project for demonstrating issues and features with breathe

52 Things You Should Know About Geocomputing

Elm implemented Web application for the ACCUConf schedule. The conference website is https://conference.accu.org

I've added initial audio support in the audio-support branch. Give it a try and let me know how it goes.

This is only lightly tested, and I did look at all at inserting audio onto the timeline. Maybe this will be a good start for full support. 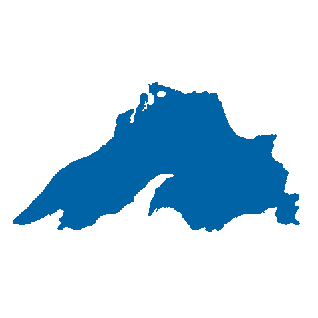 Ah, this is definitely a blind spot for me. I was only dealing with visual media when I wrote this, and I never explicitly added support for audio media. Issue #6 mentions the need for supporting audio, but I never got around to it.

I probably won't be able to do anything to add support for audio in the near or medium term. But if you've got the energy to work on it I'll support you as best I can.

I'm guessing the current API only expects video files, is this correct? Or will it recognize image files (e.g. PNG)?

It should support videos and images. I certainly exercise both of those in my use of the API.

Ok, I'm glad you can make it work. I haven't had much time to work on this lately, and I don't know if I'll have any in the near future.

In other words, there isn't a specific directory structure for Camtasia projects in Windows.

Even if there isn't a specific internal structure, is there still at least the notion of a top-level directory that contains everything? I'm still not sure what the API should treat at the "project" from a file-system perspective.

The init function should be at module scope, but it was nested in the TestModule class.

Fixed incorrect indentation The ``init`` function should be at module scope, but it was nested in the ``TestModule`` class.

Cleaned things up a bit.

Noodling around with arduino cameras

Requiring some explicit way of enabling the hook in each project would probably be easier to keep track of...

Alternatively, you could introduce something like setup.bfg that handles this kind of pre-execution work. This is simple and clear, but it introduces another file to the mix. 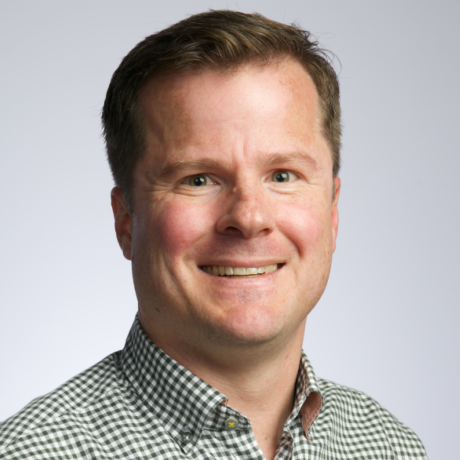 Can't get any errors

I'm not really using or supporting this project any more, but it may be that vale has changed its output format. 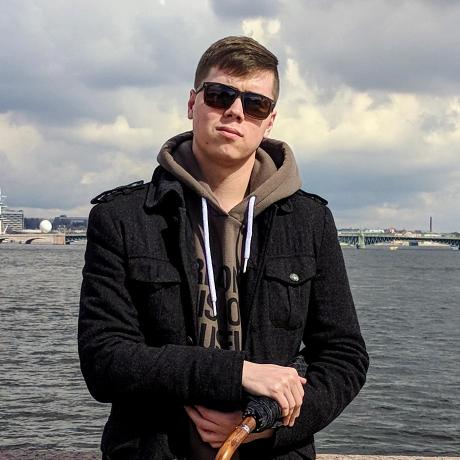 The other approaches I can think of are ones you've already mentioned. We could probably write IDE extensions to prevent the keywords from being flagged as errors. This has the downside of requiring different extensions for each IDE, and I'm not sure how well or easily this would integrate with e.g. tooltips. I have lots of experience with emacs extensions, and IIRC the syntax checking and docstring tooltips are two entirely separate subsystems. I'm hesitant to go down this road because of the fan-out of work it implies.

The second alternative would be to teach the language servers about these symbols and their documentation. This seems like less work than operating at the IDE extensions level, but it's still more work than just jedi. There's at least Microsoft's Python language server and whatever PyCharm uses (which might be jedi, I'm not sure). And I'm also not sure that injecting symbols is even supported by all/some of them, so we'd need to sort that out.

I guess what appeals to me most about the approach I've coded (and I agree that it's at least a little bit hacky) is that it works at the Python language level and will thus work with any functioning set of tools. It's also pretty simple.

I suppose a middle ground is that bfg could provide a pre-execute hook of some sort. I could replace bfg9000.keywords with an external module and, in that hook, populate it with the live objects. This feels like over-engineering to me (mostly because I can't think of other use cases for that hook), but I think allowing you to keep conceptual integrity over the code is generally more important than any particular feature.

This provides a way for build.cfg files to import the various bfg keywords. The primary reason for this is so that IDEs will know about these symbols and not treat them as errors. This addresses #135.

The technique I'm using introduces a new module bfg9000.keywords. This has a module-level attribute for each of the bfg9000 keywords; they all currently point to None, but they could point to something more useful (see notes in the file).

When the build.cfg is executed, bfg9000.build._execute_script replaces the values in keywords with the actual objects.

The result is that you can have a build.cfg like this:

and any Python-aware IDE will at least recognize that alias, default, and build_step are legitimate identifiers.

This PR is more about getting feedback on the approach and details (e.g. naming). It's certainly missing some details like handling options.cfg.

Thanks, seems to work perfectly.

Is there some way to import the builtin functions to appease an IDE?

Since bfg9000 injects the builtin names into the build.cfg module namespace dynamically, my IDE gives me warnings about a lot undefined names (i.e. all of the builtin names). Is there something I can import that will give my IDE more information about these symbols? I've tried doing things like from bfg9000.builtins.file_types import source_file, but it's pulling in some different (but related?) object.

I've lived with similar problems in SCons for years, but I was hoping bfg had a solution.

(Sorry for the flurry of issues. I'm thoroughly enjoying bfg, but I'm running into a few rough edges.)

It seems that bfg's error reporting for exceptions hides the exception type. For example, here's a portion of an error report it produces:

What's going on is that exclude_pycache (used in the filter) is calling str() on a bfg9000.platforms.posix.PosixPath. This results in a NotImplementedError (which in itself is strange) that has no message. It appears that the log formatting applied to the StackfulStreamHandler is actively discarding exception information, so by the time it produces logging output it can't tell me anything about what went wrong in this case.

In cases like this, where I'm still finding my way through bfg and doing "incorrect" things like stringifying paths, it would be very helpful to get a better indication of what went wrong.

I'm trying to filter out all __pycache__ directories and their contents with the exclude argument to find_files(). I've tried things like exclude='**/__pycache__/**', exclude='*__pycache__*' and lots of other versions, but nothing seems to work. It looks like the matching ultimately devolves to regex matching, so maybe I'm not escaping things correctly or something.

How can I do this?

Thanks! That worked well.

I'm trying to filter out all __pycache__ directories and their contents with the exclude argument to find_files(). I've tried things like exclude='**/__pycache__/**', exclude='*__pycache__*' and lots of other versions, but nothing seems to work. It looks like the matching ultimately devolves to regex matching, so maybe I'm not escaping things correctly or something.

How can I do this?

Any plans to merge this? 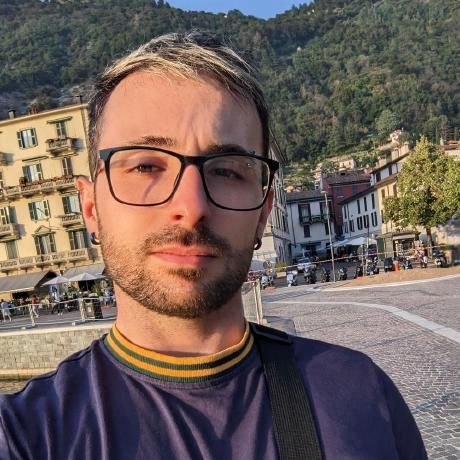 I managed to compile this on macos with:

I don't know if it's actually working yet, but I suspect any problems I'm having are on the camera end. 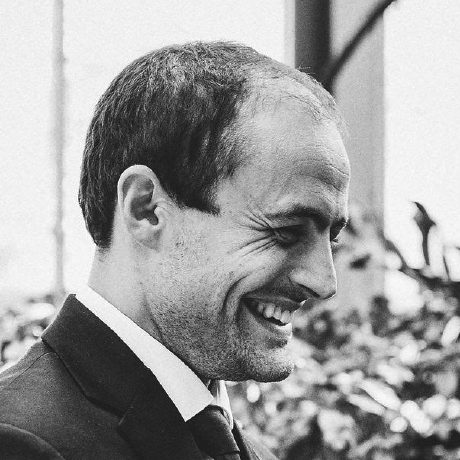 I may be wrong, but based on

If I save the sample configuration TOML in the documentation as config.toml, then I run code below

Instead, if I change to

I got expected result

Thanks for pointing this out!

The correct configuration key is:

The reason is that the notion of "filter" covers a lot of functionality and different programs. So my plan is to have the "filter" key contain configuration for all filter programs.

I'll make the necessary changes to the documentation, and I'll close this PR without merging it. Thanks again!

BugFix: empty 'exclude_operators' results in skipping all operators (#503) WithOUT this patch, if users (by accident) provide an empty exclude-operators in the configuration, it will results in ALL operators to be skipped, while it should not skip any operators.

WithOUT this patch, if a user (by accident) provides an empty exclude-operators in the configuration then applies command cr-filter-operators, it will results in that ALL operators to be skipped, while it should not skip any operators.

It's easy to check & confirm this bug:

Without this patch, in both CLI and HTML result, we would only have 'Survival rate', while people may be interested to know the count of survived mutants as well.

After Applying This Patch

Tools for working with leanpub

Thanks, this looks really good! I just had a few small notes. Once those are done, I'll be happy to merge this in.

Add a docstring to this function.

Change this to "Surviving mutants".

Adds the beginning of support for effects, such a ChromaKey. Only ChromaKey is implemented currently.

Support for reading and writing effects from TrackMedia.

Here's the code to implement the ChromaKey effect. It uses the marshmallow library to marshal the Effect domain object in and out of something that is JSONable. In retrospect, I'm not sure how well that worked out given some of the oddities in Camtasia JSON which need to be worked around. 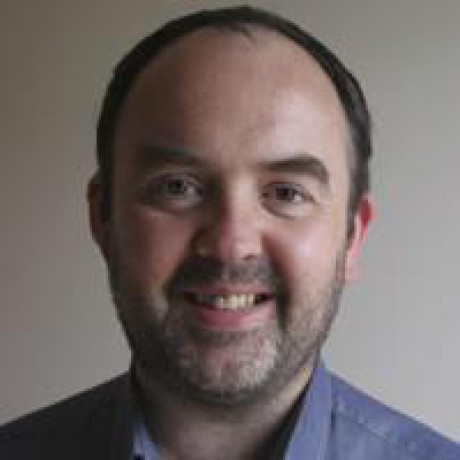 It looks good to me. Marshmallow is definitely interesting!