tensorflow
If you are wondering where the data of this site comes from, please visit https://api.github.com/users/DanAlbert/events. GitMemory does not store any data, but only uses NGINX to cache data for a period of time. The idea behind GitMemory is simply to give users a better reading experience.
Dan Albert DanAlbert Google Mountain View, CA

A template for structuring dotfiles (using Dotbot as an installer)

Default flight size should now be one.

Was unsure whether to restrict support flight sizes to a maximum of one or not. I left the setMaximum(...) as it's current behavior.

I tried to reproduce this and wasn't able to. Do you have an example?

The Clang compiler driver defaults to C++14, which added support for auto in function prototypes. 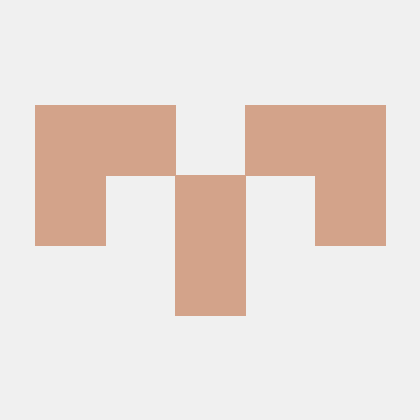 carrier_capable and lha_capable were throwing attribute errors. Maybe the problem sits in the aircrafttype.py as normaly it should (if i understand it correctly - sorry not so much time to analyze it into detail) init with False if it does not exists.

Describe the bug When I first started Liberation 3.0, I received the "setup" dialog and it showed up fine, but the Liberation "form" loaded completely white, like there was an issue loading the form itself.

I thought this was an issue with the install possibly opening an old save, or something "frozen", but after removing every last trace of Liberation and re-extracting a fresh-downloaded copy, I experienced the same thing - only I finally noticed my mouse was able to "interact" with the objects on the form (the map, the save buttons, etc.), though nothing was being displayed other than a blank white screen.

Expected behavior Not a big blank white screen - I need to be able to see the buttons and the map so I can purchase aircraft for the airports, save the game, launch the game, etc.

I assume this is going to be some kind of .NET issue, so I'm working on making sure I have all of the latest updates and everything - is there something I'm missing though? I would note that I am remote from the computer (WAN connection) and have to either RDP (Windows Remote Desktop) or utilize GoToAssist to remotely access this computer. There could be something going on with the display driver there, but I don't really understand how this stuff is written so I can't speak to that. I'll try reinstalling.

Around the Mountain campaign update request

@DillieKoe Please update this campaign when able or let us know in discord if you don't have the time, and we can find someone to help. This campaign is missing required items to make it a playable campaign. It needs Factories and Ammo depots added in as a minimum to be playable. If you were trying to design something specific a more in-depth description would help too. Look at the wiki if you have any questions on these items.

I want to use my own math library, for which this feature is needed. This library can be compiled successfully with all the major compilers, and there's even instances running on people's webbrowsers that were able to be built with emscripten, which is clang++ for webassembly. In none of these environments does this problem occur. Then, since it's also seemingly just a clang++ for android in the NDK, but then what is different? Is the version older? This appears to be the only thing which is getting in the way of my application of this library to the Android platform. I don't feel much for downgrading my code legibility at thousands of places throughout the code. Please help me understand.

When scheduling a new mission, the dialog prepopulates with a default of 2 aircraft assigned to the mission.

This default works for most missions. However, for support missions -- AWACS/AEW and refueling -- it would be nice if it defaulted to single.

This is just a QOL enhancement and a low priority one at that, as it is easy enough to change. (Though also easy to overlook as well!)

(If the OPFOR AI frags two aircraft per support mission, however, then it's a bug and not just a QOL thing).

Appending the file name to the window title

ope, I've accidentally assumed last_save_file was the same type as file (below), looks like it's not a tuple, so should be self.updateWindowTitle((last_save_file, None) instead? 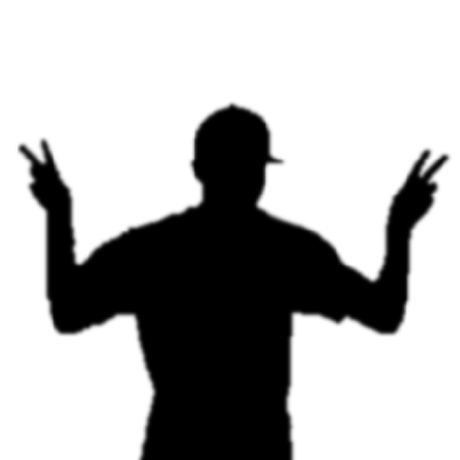 @DanAlbert
Red AEW&C are already added to skynet via the lua data luaData["AWACs"][awacs.callsign]. The operation.py iterates over airsupportgen.air_support.awacs and adds them. The AWAC Planes were added there because they have a flightplan of type AwacsFlightPlan. So every Plane which has one of these flightplans will be added to the AWACs array. They later will be added to the plugin directly by theyre unitName instead of this "byPrefix" function as the lua script iterates over the complete array and uses the unitName directy. Blue AWACS on the other hand are currently not added to this array.

This would lead to two options:

What do you think, how should we proceed? 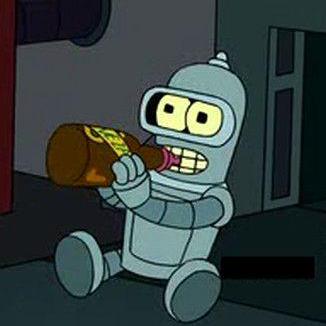 Appending the file name to the window title

Updating the title to include the current save file name, separated by a '-' so DCS Liberation - v3.0.0 - {file_name}

:eyes: kinda just a trialing the process of implementing a change. really kick-ass application yall got here, and wicked that it's open to the public for changes

no, but with limited funds, losing 2-6 pilots in total (which can be quite normal in most of my scenarios) per turn can have the same effect in a short amount of rounds. AI does not like to play with high digit sams and IADS even though the latest loadout changes seemed to help alot with DEAD!

so i tried to look at the documentation, and it mentions a replenishment rate of 1 pilot per squadron (every turn i assume). however i did not find any info on how to change that value and the only way i see to get more pilots per turn, is to have more squadrons in total. so right now i got it packed up to 6 hornet squadrons, which should be more than enough to compensate the unneccesary losses. however, this could also be a problem. wouldn't it be better in terms of balancing, if this was a set value for all squadrons, comparable to income and you can alter it by a multiplier in the UI? in that case, the amount of pilots per turn can change over the course of the campaign, e.g. for every captured base. and maybe handle this like buying planes and ground units, which would help if i got a lot of squadron templates going on. i could choose how many pilots go to each squadron, instead of packing the first one full, which might be set to A2A only, leaving me with no A2G pilots. Deactivating each pilot by hand is kind of tedious atm. (would be great if i could select multiple pilots and change these all at once btw. )

the ability to have this value either static or scalable would be great and the ability to turn this feature off entirely would be a nice to have, even though i highly endorse the addition of dead pilots!^^

however, i still think, that just havin a button next to a dead pilot to get him back to life would be really neat, just for sakes of choosing who is gonna be able to fly with me next round. 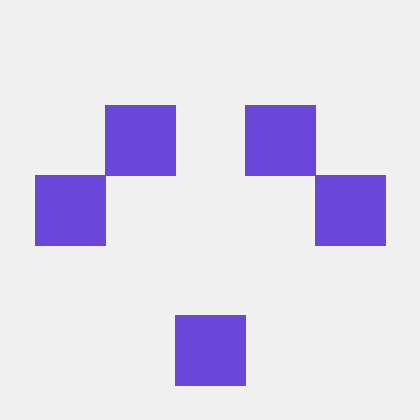 I didn't see a spot for runway headings, so I'm assuming those are taken care of somewhere else.

Also not sure what is going on with Nicosia. 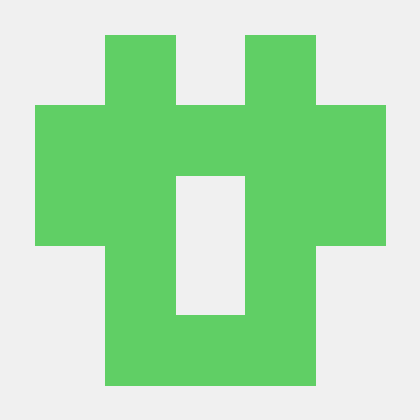 @RndName btw if you're interested, we'd been holding off on adding the AEW&C aircraft to the list of skynet EWRs because they weren't available to red, but 3.0 fixed that. If you want even better coverage you could do something similar to your EWR fix for those. I think the key location is AircraftConflictGenerator.generate_planned_flight() (although the change should maybe be in NameGenerator.next_aircraft_name()?) You'd also want to edit the skynet plugin config so that it knows to use BLUE|AEWC| prefixed names or whatever.

I will have a look into it what could be possible to implement the missing parts :)

Purchasing/selling aircraft on the carriers will not update any elements on the window. This includes the total inventory, number of aircraft purchased, and the "+" and "-" buttons do not actuate at all when clicked.

Closing and re-opening the windows will show the updated totals. This behavior does not exist for land bases.

Expected behavior Inventory should be updated without cycling the window.

since the DCS AI can lead to massive losses, even though you got a very strong advantage in every aspect, can be very frustrating. No matter what i do, after a round i ALWAYS have losses on my own side, that should not have happened. until 3.0 you could just cheat money to cover the losses, wait 1 round and bam. there you go as if nothing has ever happened. however, if a pilot is dead now, he is dead. if a squadron got killed, it's gone and while that works pretty much as intended, as long as AI flights are this unpredictable, it would be very nice to have the option to just revive dead pilots, maybe after checking a box in the cheat options.

(just saw the WIP status here, sorry for jumping in too soon 😅)

No way, thanks for the comments! I just started digging into the code and youre comments were great here! Is it okay for you to make WIP Pull Requests at all? I am not aware of your way to work here in the project as i just startet looking up the code base and the issue list. So if could make it better i am really interested in it :)

I will also join the Discord 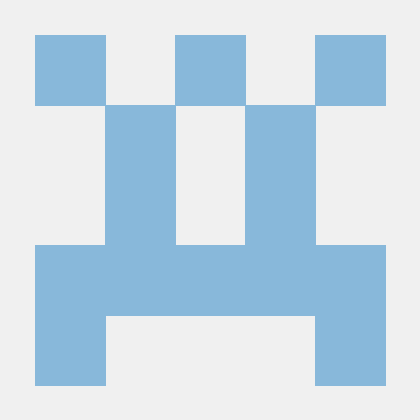 I was thinking about the enum as well but was unsure if this would be kind of overkill but i will use the enum so it can be extended in the future as well.

I changed the way the buy and sell were to handle the errors in the amount loops (like No space left and so on). Thats why i added the return value boolean there. If you have a better idea on how to refactor them i would be interested :)

Thanks for the hint! I will keep the up with the style guide! I just reused the style you were using in the code :)

Made separate russia 1975 for hind-f

Did get me thinking that mayeb there should be an option for an airframe to be "player only" in a faction, so that we can fly it, but the AI won't buy/use it themselves?

Idk how this would be done without making a pile of bugs. It's a lot of places to add special cases in the UI, procurement, aircraft allocation, etc. What did you have in mind?

hadn't thought about it properly, that does seem like a pain, probs not worth it 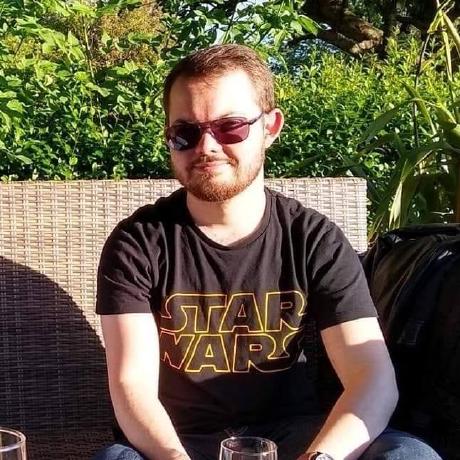 Made separate russia 1975 for hind-f

As far as the actual change goes, any reason to keep both types of Hind? Idk my Russian aircraft.

Hind-E is the closest to the year at 76, the F was 82. The only real difference is mg -> cannon, and the fact that it's playable, so maybe not worth keeping the old one depending on how people feel about historical accuracy