Inspect the life of handle objects in node

A collection of probability distribution functions

Analyze a stream of HTML and outputs the article title, text, and image

TensorFlow and Numpy implementation of sparsemax

Very simple EventEmitter on top of a UDP server/client

+1 on marking AsyncResource as stable. It being experimental is the primary reason module authors don't want to use it. Other parts of async_hooks still needs work, but I don't see it interact with the AsyncResource API.

PS: Be sure to also mark the C++ AsyncResource API stable as well. 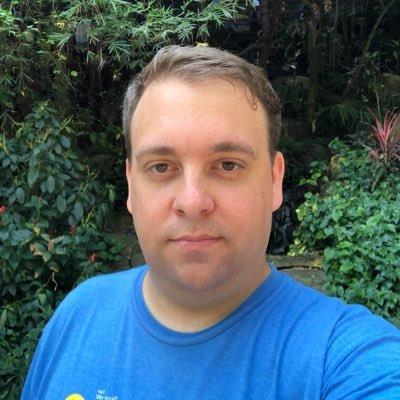 You could also write your own module that depends on lrcurve, and just treat KerasLearningCurve as an example of how to implement it.

I'm definitely not going to implement it myself, I may consider it if a PR is made. 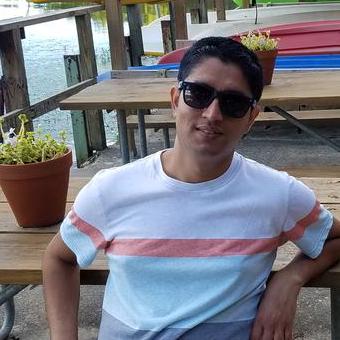 preconnect to google fonts for speed 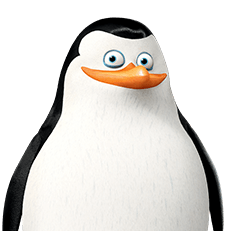 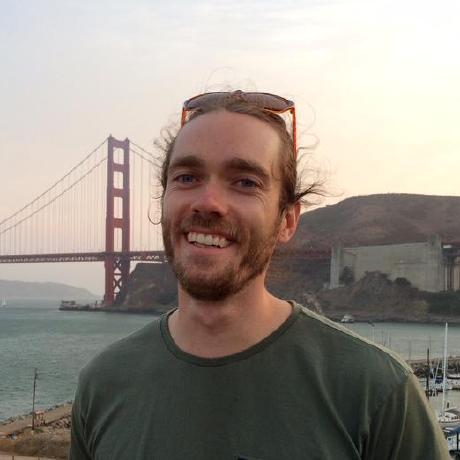 A historical variance can now be directly specified using the plain-object API. This is the only reasonable solution to this issue I can think of.

It would be awesome if you could add TypeScript types to this package. That would help all of us using TypeScript :) 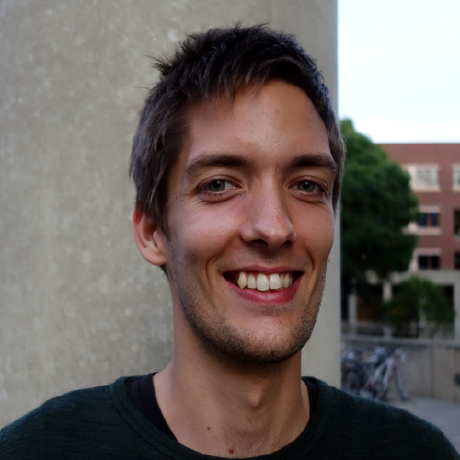 It would be awesome if you could add TypeScript types to this package. That would help all of us using TypeScript :)

This is not really something I want to maintain. I understand the need, but I've also seen it becoming quite the maintenance burden in other projects. You are of course welcome to submit types to https://github.com/DefinitelyTyped/DefinitelyTyped, as I don't intend to change the API I think that will work fine for you.

We'd like to use both this and https://github.com/AndreasMadsen/summary 1.0 in the same codebase. However, this package uses summary 0.3.x. Can you update the dependency?

Thanks for point this out. I've fixed some things in summary. The latest version is now version 2.0.0 and I've updated ttest accordingly.

It would be nice to be able to perform calculations on arbitrarily large numbers without having to worry about the limitations of JavaScript's Number (or BigInt for that matter). 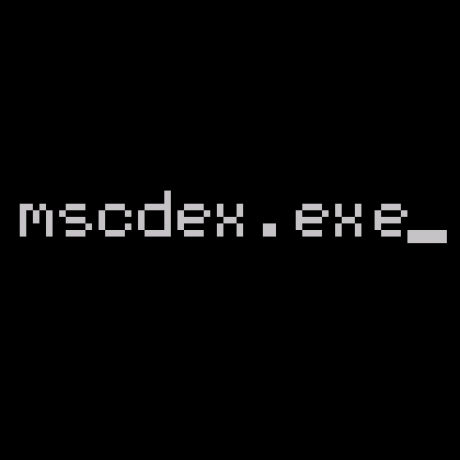 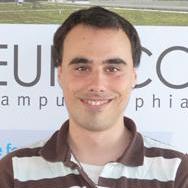 @puzpuzpuz Well, that is really one of the primary benefits of this approach. 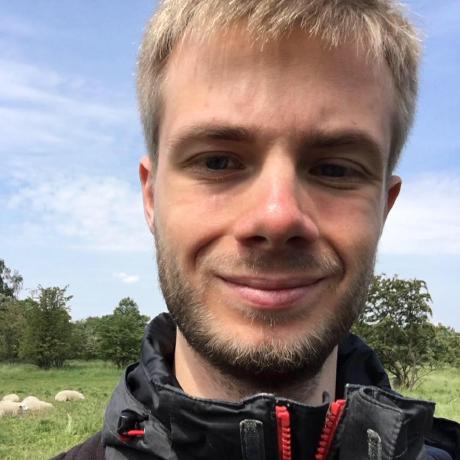 Just wanted to echo this!

It is currently not possible to have a metric that aggregates multiple model-outputs, without resorting to callback hacks. A common real-world example is the Labeled Attachment Score (LAS), often used in NLP Dependency Parsing. A model essentially outputs both an index and a label, and the LAS is essentially an accuracy measure for when both matches. 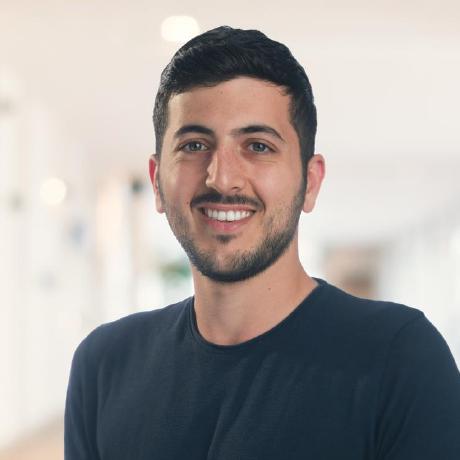 Be careful with these is True statements. Since they won't work if True is accidentally cast to tf.constant(True).

To avoid a breaking change, you could do it as a tuple of empty tensors. For version next major version, I would suggest it become one big tensor. You can swap transpose/swap the first and last axis, to make it mostly compatible, with indexing, unpack, etc..

Hi @jplu, I will leave it up to you to decide what is "wanted". But you should consider the usage pattern when unpacking the output:

@jplu Good point, regarding the variable output-signature. I think it is perfectly acceptable to assert for a primitive input, at least for now.

Alternatively, the solution would be to return an empty tensor when tf.constant([False]) is used. Such an approach could look like this:

@jplu Sorry for the misunderstanding. The test now works because output_hidden_states is now an auxiliary-input, thus is stays a primitive, thus the casting is no longer involved. However, it is still not good practice in TensorFlow and doesn't take much to break it.

I read your code more thoroughly, and have the following two failure cases for you.

Fails with an IndexError. Essentially because casting in a tf.function can not be done.

outputs only one output (two is exected), because tf.constant can not be casted in a tf.function.

However, I would like that instead of working around these issues you read the documentation on AutoGraph.

I really think there is a misunderstanding here, about what TensorFlow AutoGraph can do for you and why casting to primitives is really not necessary at all. I would suggest you read https://www.tensorflow.org/guide/function#conditionals and also check out the hidden docs, such as https://github.com/tensorflow/tensorflow/blob/master/tensorflow/python/autograph/g3doc/reference/control_flow.md#effects-of-the-tracing-process which explains it in more details.

What @foxik says is true, but I don't think depending on the auxiliary-inputs just avoids the misunderstanding. Truly, casting to primitives is just not a good idea.

I do think #5468 mitigates the issue, which is maybe where the confusion is coming from. This is because, the models will now correctly default to the config object when output_hidden_states=True is not specified as an input. In those cases object property is never cast to a tensor to begin with, therefore the @tf.function graph will be statically compiled to always output the hidden_states, as intended.

However, the behavior is different when output_hidden_states=True is specified as an input, as it will be cast to a Tensor when it becomes part of the inputs argument in call(). After that, it is not possible to convert back to a primitive, as that invalidates @tf.function.

If you insist on keeping it as a primitive, the best solution might be to specify it as an aux-input, similar to training and mask in a keras.layers.Layer, as they don't get converted the same way. I'm not familiar enough with the Keras internals to know the details here, and I think it might also be incompatible with compute_output_shape etc.

BTW, in the keras RNN layers, hidden_state is only specified in the constructor, properly because it can get a bit messy having to specify it in the inputs, but I don't see anything fundamentally wrong with specifying it in inputs.

Same result as if tf.function was not used.

The bug happens due to cast_bool_to_primitive, that was introduced in https://github.com/huggingface/transformers/commit/6e603cb7892b49a2cbbc10ba859759f92c3fb7a6. Before that, it was possible to get the hidden_states from Bert in TensorFlow graph/function mode.

Generally speaking, casting TensorFlow tensors to primitives is not a good practice, as it only works in eager mode. It is also completely unnecessary in this case, as using if bool_tensor_scalar: works perfectly fine.

I can see there are some cases where defaults are used. The right way to handle that is to implement the default handling upstream in the first call() method. A lesser way would be to implement it as: